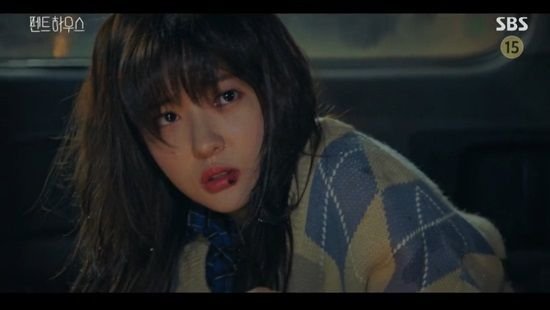 While the chief offending scenes in question occurred fairly early in the drama's run, the KSCS's criticism was prompted by the prospect of rebroadcasts of the the scenes in question on daytime television. The specific actions criticized include a series of scenes where middle school students kidnap and brutalize a tutor who is the same age as themselves. In addition to violence the victimized character in question was also doused in alcohol and had her humiliation documented with photographs.

The unanimous decision by all nine board members will result in these earlier episodes of "The Penthouse" having their ratings upgraded to prevent being broadcast in the daytime. SBS had already upgraded the ratings of "The Penthouse" voluntarily starting with the fourth episode earlier this year, though the first three episodes were still listed as appropriate for middle school aged viewers. "The Penthouse" airs on Monday and Tuesday nights.

"[HanCinema's News] KCSC Issues Warning Regarding "The Penthouse""
by HanCinema is licensed under a Creative Commons Attribution-Share Alike 3.0 Unported License.