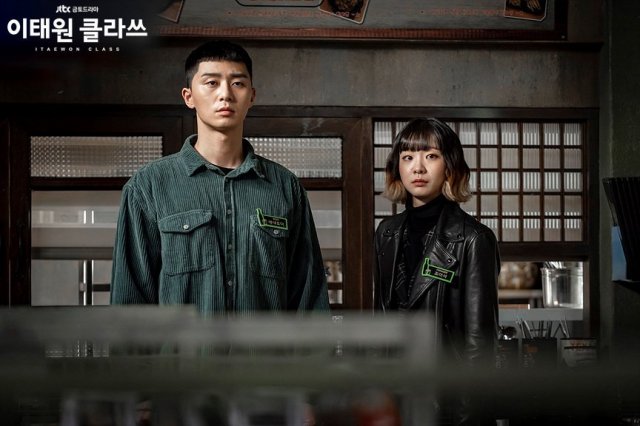 "Itaewon Class" has quickly emerged as the major television hit of the moment. In its last weekend, the tenth episode of the jTBC drama held 14.76% ratings. It has been on a steady increase ever since its premiere episode of 4.98% ratings, with each new broadcast of the Friday/Saturday drama boasting a steady increase in percentage.

So it comes as little surprise that "Itaewon Class" has shown a similarly dominant performance in the Good Data Report, with 28.81% of all social media mentions and references among other metrics for the surveyed period of February 24th to March 1st. Lead actors Kim Da-mi and Park Seo-joon also appear at the top of the list for performers, ranking number one and two respectively.

"Itaewon Class" is based on the popular webtoon of the same title. It deals with the plans of the main characters to successfully open a restaurant in the trendy Itaewon district of Seoul, which is known for its wide variety of culinary options.