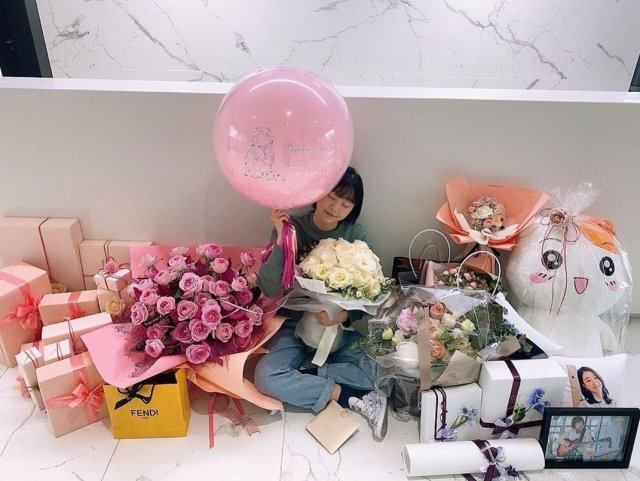 On April 9th Kim Da-mi had her twenty-fifth birthday. Though what Kim Da-mi did in her personal time that day was naturally a private affair, she did share one aspect of the day with her fans by posing for pictures wherein she lounged around with the many birthday presents she received from well-wishers. 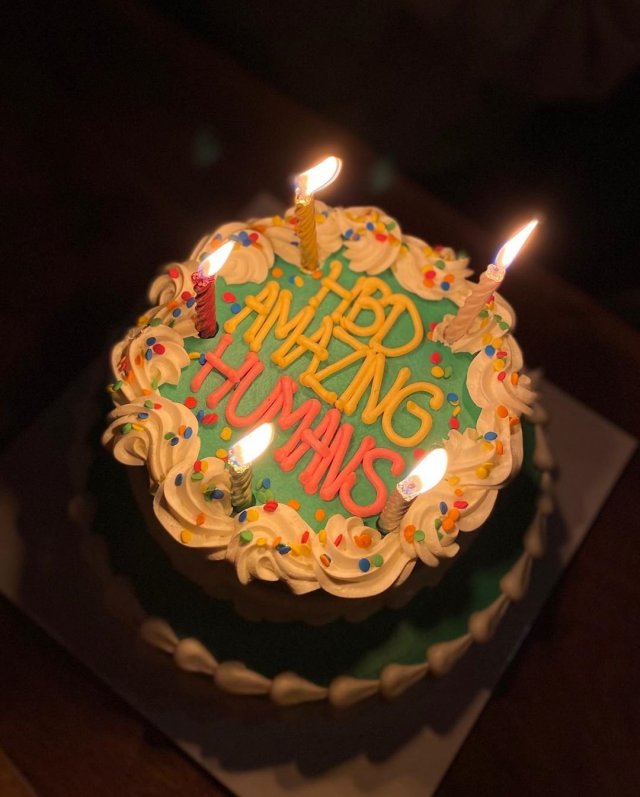 The relevant photos were posted on Kim Da-mi's Instagram account alongside a picture of a cake that has HBD AMAZING HUMANS written on it in frosting. It is not clear what the English words were intended to mean, or if this was Kim Da-mi's birthday cake. Kim Da-mi recently finished a very successful run as the lead actress on "Itaewon Class". 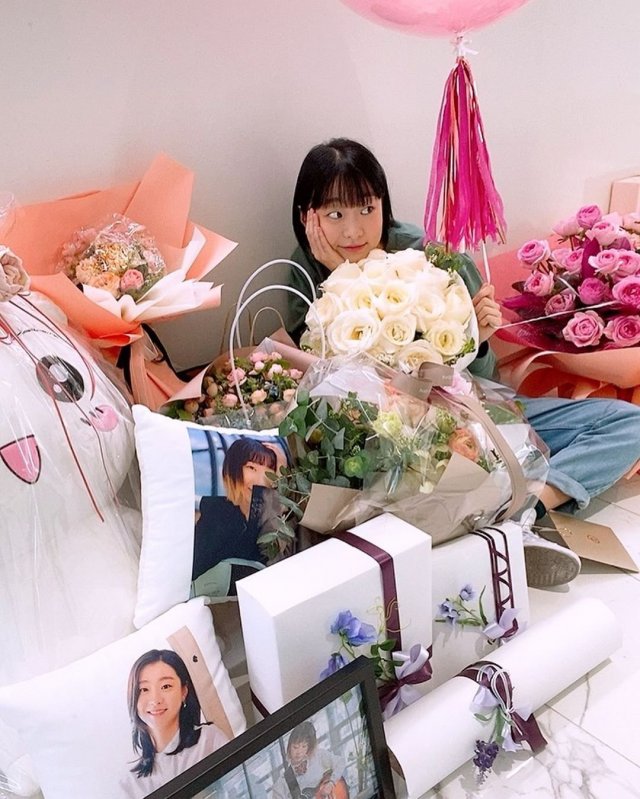