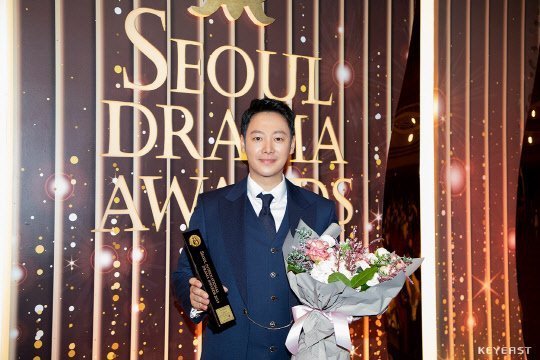 On August 28th Kim Dong-wook received the Best Actor award at the Seoul International Drama Awards, where he competed with drama stars worldwide. Kim Dong-wook got the win for his performance as the lead in "Special Labor Inspector, Mr. Jo", and had some choice remarks in his acceptance speech.

Kim Dong-wook said as he accepted the award that he was trembling at having received this honor in the presence of so many people from so many different countries. He then said thank you in English. Kim Dong-wook went on to thank the drama's director, Park Won-gook, and the screenwriter, Kim Ban-di, as well as other cast members and crew who he described as showing powerful enthusiasm to the final shot, which encouraged him to do likewise.

Kim Dong-wook closed by stating that this truly seemed like a very happy day for him. "Special Labor Inspector, Mr. Jo" finished airing on South Korean television in May of this year.