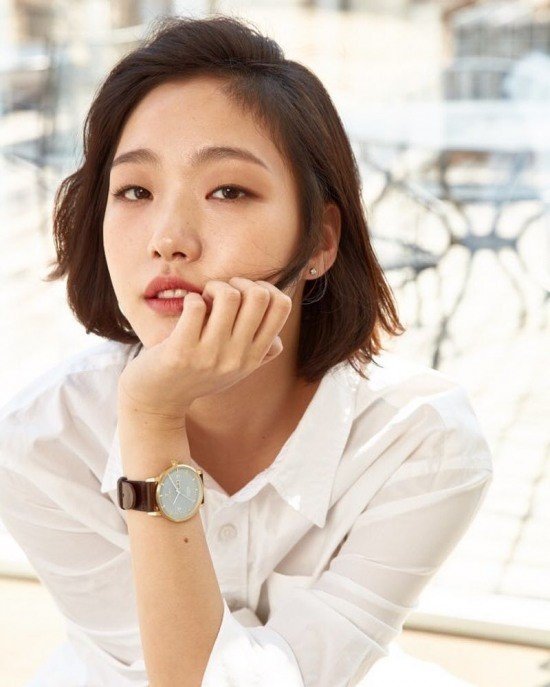 Early this year Kim Go-eun started going to a foreign language school in Los Angeles. This was made possible by her relatively light schedule as of late. Since "Goblin" finished back in 2016, Kim Go-eun's only projects have been the movie "Sunset in My Hometown" and the as-yet unreleased film "Tune in for Love".

A representative from Kim Go-eun's agency, BH Entertainment, has stated that while no firm schedule has been set for the production of "The King: Eternal Monarch" they were currently expecting that she would stop going once such a schedule has been confirmed. Schedule confirmation would probably also mean that Kim Go-eun would start living in South Korea more reliably again, as she has had to travel between the United States and South Korea with some frequency as of late.

Kim Go-eun's prior language school commitment, when taken into consideration with her light acting career since "Goblin", suggests that she may not have been actively seeking out a new role. It seems likely that "The King: Eternal Monarch" screenwriter Kim Eun-sook, who also wrote "Goblin", may have pitched the former "Goblin" star on the positives of the project during her last visit to South Korea. "The King: Eternal Monarch" is expected to air on television sometime next year.

"[HanCinema's News] Kim Go-eun to Quit Language School in Los Angeles to Prepare for "The King: Eternal Monarch""
by HanCinema is licensed under a Creative Commons Attribution-Share Alike 3.0 Unported License.