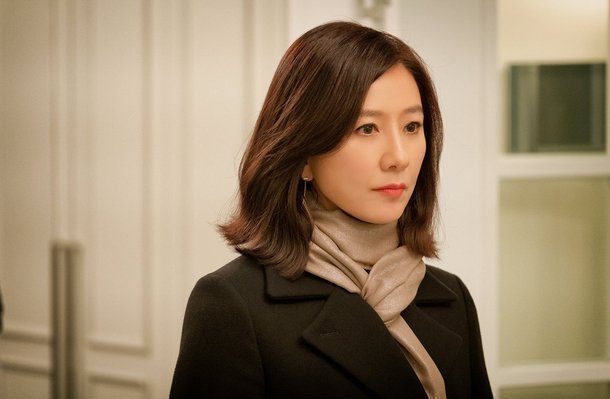 For the fourth straight week, including every week it has been on the air, "The World of the Married" and its lead actress Kim Hee-ae have topped the Good Data Report. Various media data as well as social network movement over the period of April 13th to April 19th were used in order to arrive at this conclusion.

The male lead Park Hae-joon and the female second lead Han So-hee also continue their strong run on the chart, at third place and fourth place respectively. Naver search rankings have also confirmed much interest in the characters they play. While Han So-hee topped that specific metric, characters played by Chae Gook-hee and Lee Moo-saeng appeared in second and third place by that metric.

Interest in "The World of the Married" also shows no signs of slowing down. Much of the buzz for the drama this week centered around a timeskip and the subsequent return of characters played by Park Hae-joon and Han Soo-hee, who got married following a pregnancy resulting from their love affair.

Not all the buzz has been positive though. Complaints appeared during this time period regarding violence inappropriate for the drama's low viewer rating as well as a strange casting decision which resulted in the daughter of Park Hae-joon and Han So-hee appearing far older than makes logical sense in context. Beyond these aesthetic issues, however, interest in "The World of the Married" remains strong.

"[HanCinema's News] Kim Hee-ae and "The World of the Married" Top Good Data Report"
by HanCinema is licensed under a Creative Commons Attribution-Share Alike 3.0 Unported License.