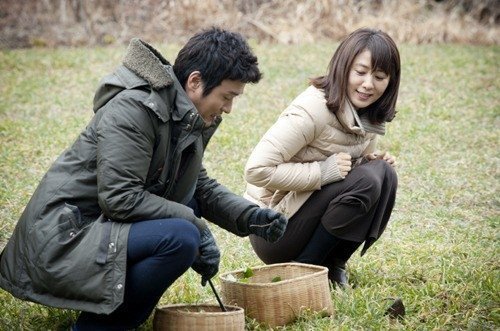 Still from "A Wife's Credentials"

With the resurgence in Kim Hee-ae thanks to her starring role in "The World of the Married" many fans are taking a closer look at her filmography to examine her past work. And consequently many have noticed a strange pattern in recent years, where Kim Hee-ae with quite some frequency takes on the role of a woman in a failed or currently failing marriage.

The most obvious example of this is her leading role in the 2012 drama "A Wife's Credentials" wherein her character contemplates adultery. A jTBC drama much like "The World of the Married", "A Wife's Credentials" is noteworthy for also taking a sympathetic woman's perspective from an otherwise typical genre storyline. "A Wife's Credentials" did poorly in the ratings while it was still airing, suggesting that South Korean audiences may not have yet been ready for its liberal feminist slant.

Other projects stop short of adultery. In the film "Thread of Lies" the husband is merely estranged, while in "C'est Si Bion" the relevant relationship breakdown takes place offscreen. In "The Vanished" Kim Hee-ae is not the aggressor in the relationship breakdown with her husband, though she does play a key role in the underlying issue that ultimately destroys their marriage. "Moonlit Winter" does not take an accusatory role at all, though, implying that sexual dysfunction ruined that relationship.

One possible explanation for this odd coincidence is that Kim Hee-ae has overpowering screen presence, and thus naturally gravitates to projects where she does not need to share equal time with a man. "Mrs. Cop" is one such example, and even "The World of the Married" has elements of this, with Park Hae-joon's more passive role often making him feel more like a supporting actor than the leading one.

"[HanCinema's News] Kim Hee-ae Curiously Typecast as Woman Who Can't Rely on Her Husband"
by HanCinema is licensed under a Creative Commons Attribution-Share Alike 3.0 Unported License.