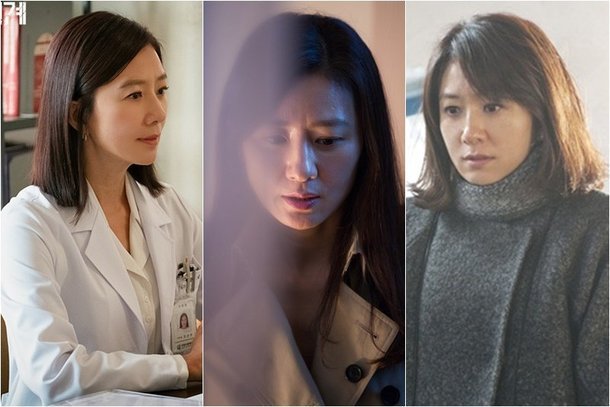 Even before the success of "The World of the Married" Kim Hee-ae has had an unusual reputation among South Korean stars because of her distinct looks. Where most well-known actresses give off a youthful appearance, and have through most of their careers, Kim Hee-ae was already in her thirties when the first Korean Wave began. And yet she has long bedazzled audiences domestic and international with her distinctly mature, elegant look.

Much of the credit for this goes to her distinctive hair style. Long hair tends to be the norm for younger women, yet for most of Kim Hee-ae's career she has favored a short hair style. This has had the effect of making her look older even before she only just recently hit her fifties. But it has also long prepared audiences for her current brand, with many expressing surprise that Kim Hee-ae is apparently fifty-three years old. 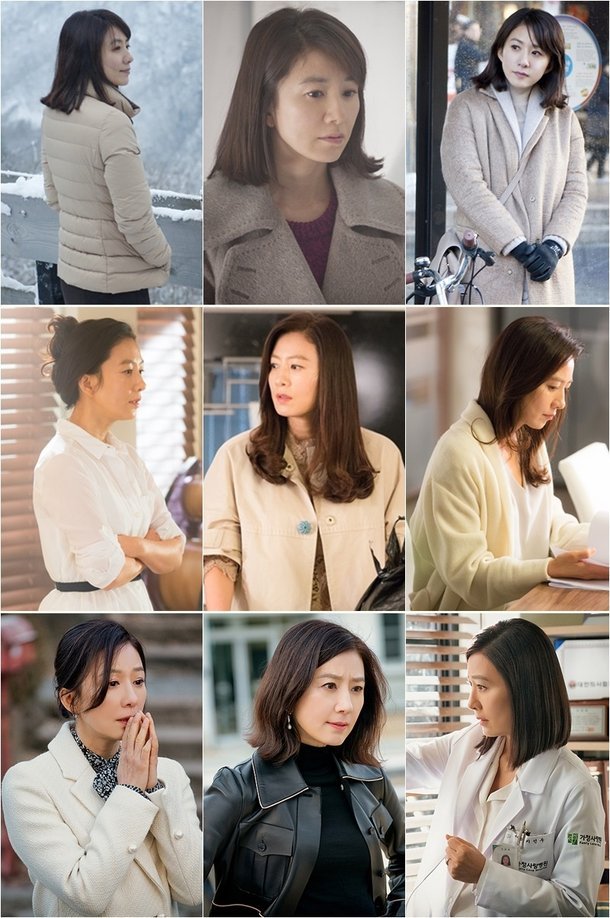 The sheer consistency of Kim Hee-ae's personal style has only recently become as obvious with viewers now looking back to her older work. In "A Wife's Credentials" Kim Hee-ae's appearance is largely indistinguishable from today's, in part because her style is so similar. Between various other projects from "Midas" to "Secret Love Affair" the length of Kim Hee-ae's hair changes slightly as does the exact style, but retains similar constancy.

The effect also draws more attention to her face, which is perhaps one reason why Kim Hee-ae remains such a recognizable name when her drama work is considerably less consistent than other major actresses. It likely also helps that Kim Hee-ae is a distinct peer to many female viewers in her same age range. Many such viewers admire Kim Hee-ae's ability to look beautiful, while having enough sense to realize she can't compete with the doll-like looks of younger actresses.