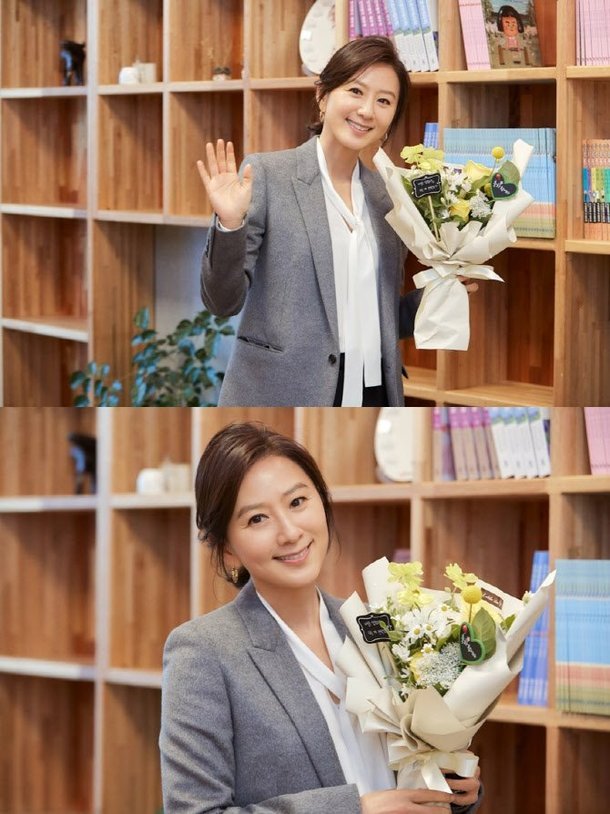 On May 17th Kim Hee-ae's agency, YG Entertainment, released the actress's closing remarks behind the drama "The World of the Married", which had just ended. In the message, she thanked viewers for their love and interest in the program. Kim Hee-ae described her character as lonesome and isolated in a difficult situation, and that this also influenced her own mood. But the intense interest from fans allowed Kim Hee-ae to brighten up some.

Kim Hee-ae also explained the main contrast she had been attempting with her character. According to Kim Hee-ae, Seon-woo is supposed to seem strong and filled with righteous rage, but she's also a warm-hearted mother and physician. Kim Hee-ae also described her process as being a struggle to challenge herself with something new. Kim Hee-ae further described the events of the drama as being about the confusion and sadness inherent in the most difficult period of her character's life.

Kim Hee-ae also had strong praise for her co-stars. She thought leading man Park Hae-joon was capable in his own right, but was particularly impressed by his ability to evoke strong performances from others. Though Kim Hee-ae was unfamiliar with Han So-hee, Lee Hak-joo, and Shim Eun-woo, she found herself wondering where such obviously talented actors had been all this time.

Kim Hee-ae also remarked on the unfortunate timing of the COVID-19 pandemic for her personally, that she'd only been able to process the drama's popularity through online forums. She expressed thanks to those fans who made their passion for "The World of the Married" clear even in that format. Kim Hee-ae called "The World of the Married" a miracle and a present for her, and asked fans to stay healthy as they await her next project.

"[HanCinema's News] Kim Hee-ae Gives Closing Remarks for "The World of the Married""
by HanCinema is licensed under a Creative Commons Attribution-Share Alike 3.0 Unported License.