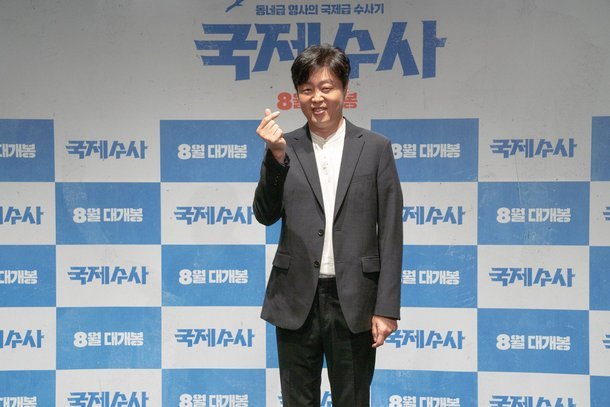 Kim Hee-won is about to get a lot of exposure. The 49 year old actor will be appearing in "The Golden Holiday" on August 19th and is also set to star in "Pawn" which will be released sometime in September. For the former release, he recently had an interview on the MBC radio program 'Good Morning FM'.

In the interview Kim Hee-won explained the source of his distinctive lip scar. According to Kim Hee-won, the scar was sustained from a fight with a friend back in elementary school. Additionally, Kim Hee-won had told this story before. Actor Sung Dong-il asked him about the scar on a variety show awhile back and he gave the same answer.

Apparently the childhood friend himself saw this appearance, and reached out to Kim Hee-won to talk about the matter. Over the course of the conversation they realized that they lived in the same apartment building. Kim Hee-won also said that while the injury used to bother him as a child it no longer does.

Kim Hee-won also said that he has no tolerance for alcohol. This was due to a bad experience the actor had when he was younger. Kim Hee-won said that even as the other actors drank together at post-shooting dinners, he would only drink cola and water.