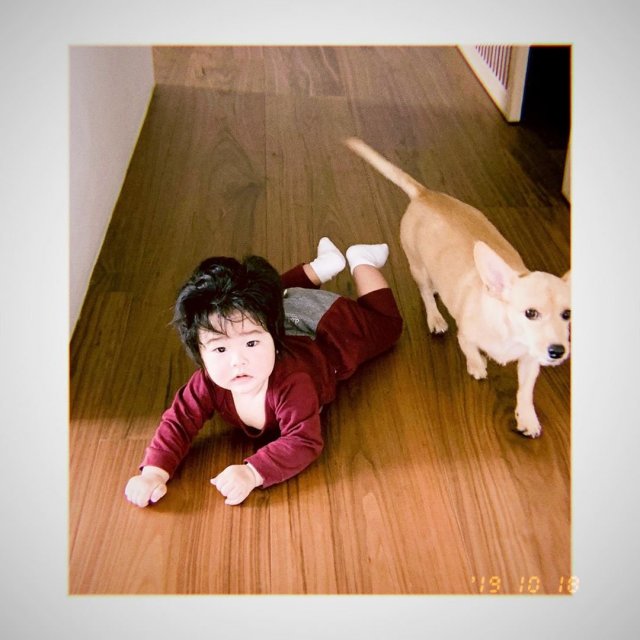 On October 18th Kim Hyo-jin posted another picture of her son on Instagram, possibly in response to the positive reception to a previous picture of him together with his father, Yoo Ji-tae. In this new picture the baby can be seen together with the family dog.

The baby has attracted attention for his similarity to his father, albeit with chubbier cheeks. In a message accompanying the post Kim Hyo-jin wrote that he is six months old with eyes full of wandering curiousity. She said that their secondborn son is eating well and is also healthy. Kim Hyo-jin and Yoo Ji-tae were married back in 2011.

"[HanCinema's News] Kim Hyo-jin Posts Another Picture of her Son on Instagram"
by HanCinema is licensed under a Creative Commons Attribution-Share Alike 3.0 Unported License.