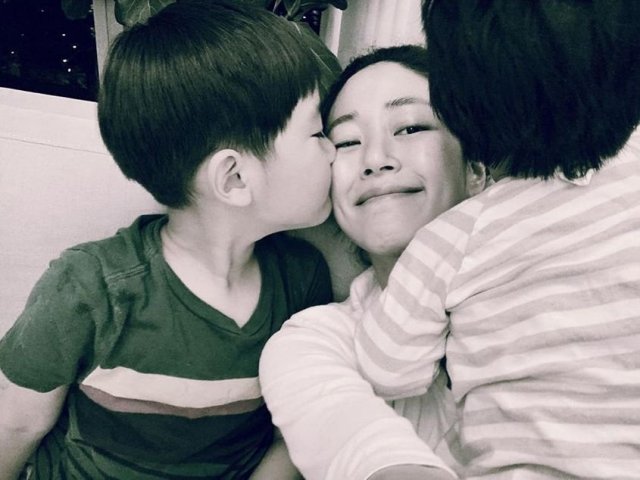 Actress Kim Hyo-jin recently released a photo on Instagram of herself being kissed by her two sons. In the post, Kim Hyo-jin states that while it can be burdensome to always be glued to one's children, they nonetheless provide her with much happiness. In the photo Kim Hyo-jin can be smiling at the camera.

Kim Hyo-jin is married to actor Yoo Ji-tae, who is currently appearing in "When My Love Blooms". Kim Hyo-jin herself is expected to come back in "Private Life" later this year. The pair were married in 2011 and had their first son, pictured left, in 2014. Their second son was born April of last year.

"[HanCinema's News] Kim Hyo-jin Releases Photo of Being Kissed by her Two Sons"
by HanCinema is licensed under a Creative Commons Attribution-Share Alike 3.0 Unported License.