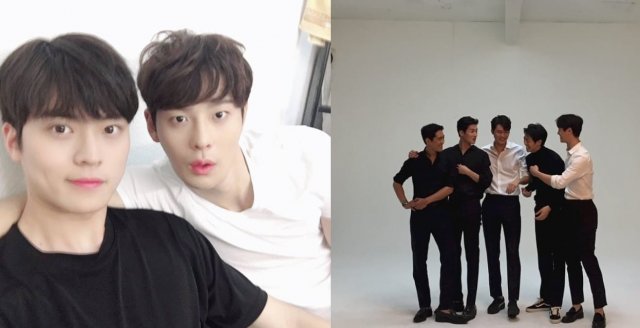 On December 5th Kim Hyun-seo made a post to his Instagram account about the late actor Cha In-ha. Kim Hyun-seo called Cha In-ha his brother and said they had tentative plans to go on vacation together the next time they had a break.

Kim Hyun-seo said that Cha In-ha attended his graduation and brought him food and saw him off at his mandatory military service, just like a real brother did. Kim Hyun-seo expressed great thanks for this and vowed to try and live his life the same way Cha In-ha did.

Cha In-ha died in his home on December 3rd. Both men were members of the K-Pop group SURPRISE U, and appeared together in the webdrama "Idol Fever" (Movie version "Idol Fever - Theatrical Version"). Cha In-ha debuted in that drama as an actor, playing himself.