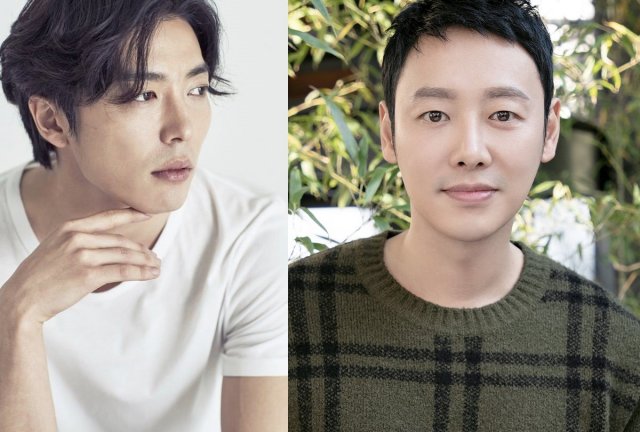 Lately Kim Jae-wook and Kim Dong-wook have been a major presence in Korean dramas. They are, respectively, the male leads of "Her Private Life" and "Special Labor Inspector, Mr. Jo". But the two go back a long ways- they're the same age, and got their first big break in the same drama, "Coffee Prince", where they played supporting roles.

More recently they also co-starred as the leads in "The Guest - Drama" on OCN. In an interview Kim Jae-wook said it was great to see him again, and that he felt real camaraderie with Kim Dong-wook. Kim Jae-wook said that he felt like they were playing for the same team in "Coffee Prince" and that in "The Guest - Drama" he had that same feeling again.

Kim Jae-wook then further noted that working with Kim Dong-wook allowed him to feel like he was in his mid-twenties again, and full of energy like he was back then. Kim Jae-wook felt, too, that the feeling was mutual.