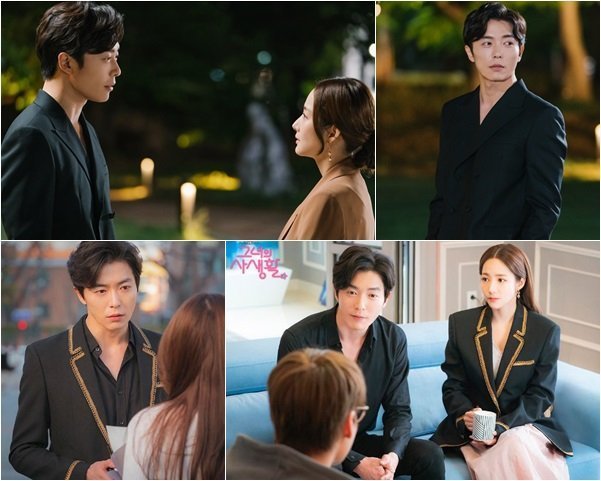 Kim Jae-wook's fashion choices in "Her Private Life" have taken a turn for the stately. Lately he has been seen wearing an all black outfit. This symbolically coincides with his character, Ryan Gold, taking a more assertive role in his relationship with Deok-mi, played as always by Park Min-young.

But Kim Jae-wook isn't just wearing these clothes to signify authority. They're also an indication that he is taking the relationship more seriously, and wanting to talk about serious things. In general Ryan Gold's suits have been lighter in color to communicate a lighter mood. In the context of a serious fight, such clothing would not be appropriate. 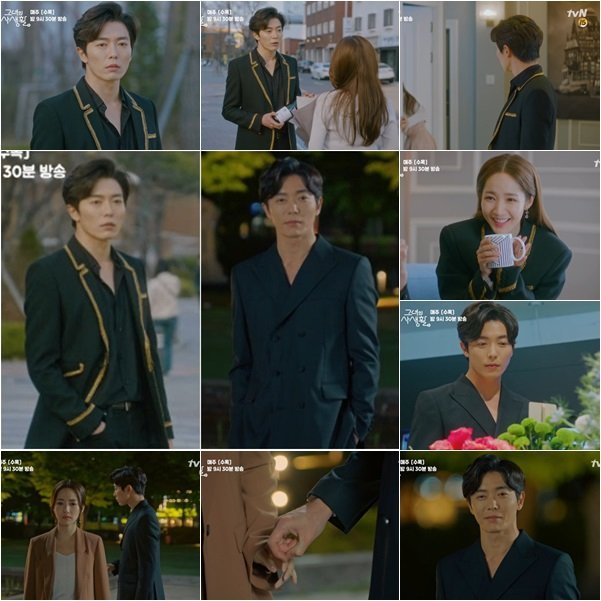 Another variation we can see on the black clothing here is the jacket with gold personalized stitching. This contains the same kind of authoritative air as the pure black clothing, but because it is more personal and iconic, this jacket makes a strong impression when given to Deok-mi. We can see that she is wearing his jacket, because he gave it to her, because she needed it, and her needs trump his own. At least in regards to the jacket.

Kim Jae-wook's stylist has said that such dignified clothing is important for Kim Jae-wook because he's not the kind of person who can wear anywear. Such casual clothing clashes with his natural charisma. The name of the jacket is the Chevron Jacket With Gold Braid from the 2019 SS Collection by Saint Laurent.