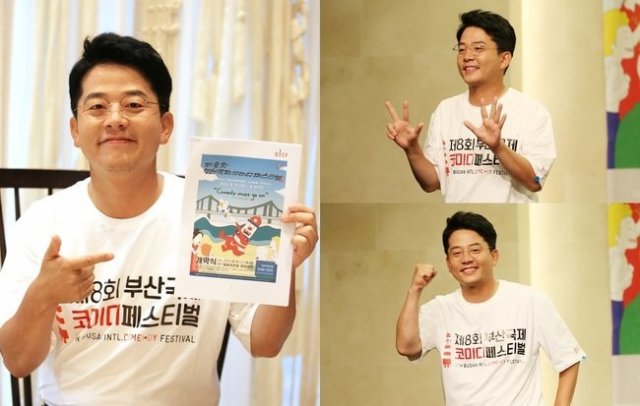 Comedian Kim Jun-ho has been out in force promoting the eighth annual Busan International Comedy Festival, which begins on August 21st and goes on through August 30th. The ten day festival has been promoting itself with a tagline of prevention, safety, and laughter, alongside another one of comedy must go on. While COVID-19 has been one cloud for the festival the state of South Korean comedy in general has long been a concern.

The cancellation of the long-running sketch comedy program Gag Concert in June was symptomatic of that trend. The once popular mainstay of South Korean humor folded to ratings of just 3%. Once considered a high mark of having made it in South Korean comedy, Gag Concert simply couldn't bring in the audiences it used to as younger audiences have drifted to less television-centric means of consuming popular entertainment.

The Busan International Comedy Festival, to its credit, is also thinking broadly in these terms. The most anticipated events at this year's festival are Comedy Driving Theater, which will make use of a mobile automobile stage, and Comedy School Attack, which will send local school comedians to remote areas. COVID-19 restrictions have also deemphasiszed crowds, with the opening ceremony set to have no audience and social distancing being mandated for other events.

No foreign comedy teams have been invited this year either. Last year saw forty-one teams from eleven countries converge on Busan. This year some worldwide comedians will appear in the Comedy Driving Theater, but only through international broadcast and not in person. In a statement made at a press conference the chairman of the Busan International Comedy Festival emphasized that the purpose of the festival was to provide a platform for younger less established comedians to perform.