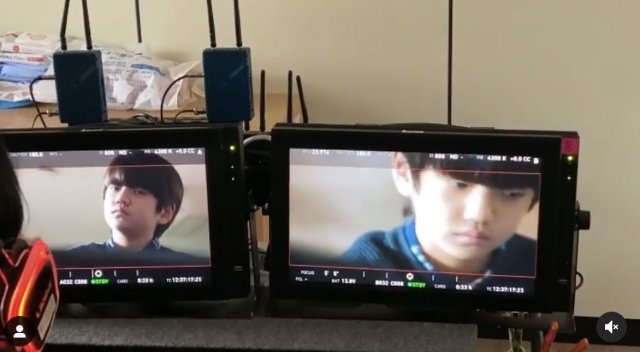 On March 4th the mother of child actor Kim Kang-hoon posted a video to her son's Instagram account featuring behind the scenes footage of "Mouse" where her son is currently appearing. The move was prompted by calls of concerns that Kim Kang-hoon was in some way being traumatized by the drama's horrific serial killer subject matter. However, as his mother explains, acting is just acting to Kim Kang-hoon, and he completes the brutal scene shown none the worse for wear and goes right back to being a kid.

Kim Kang-hoon is only eleven years old but widely understood to be a serious professional actor. While often appearing as the younger version of a main character he also has several credits as his own named character, with "Mouse" being only the latest example. Others include "Children of Nobody", "Clean with Passion for Now", and "When the Camellia Blooms".