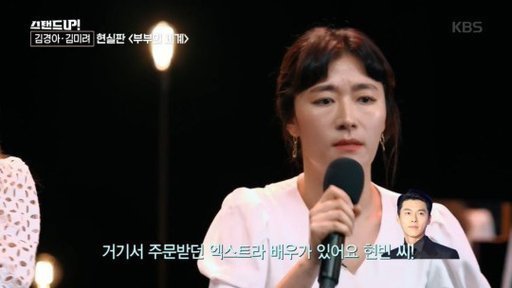 On the last episode of the variety show 'Stand-Up' entertainer Kim Mi-ryeo offered an unexpected apology to popular actor Hyun Bin. The apology was not related to Kim Mi-ryeo's own actions, but rather those of her husband, Jung Sung-yoon, back during an earlier part of their career. 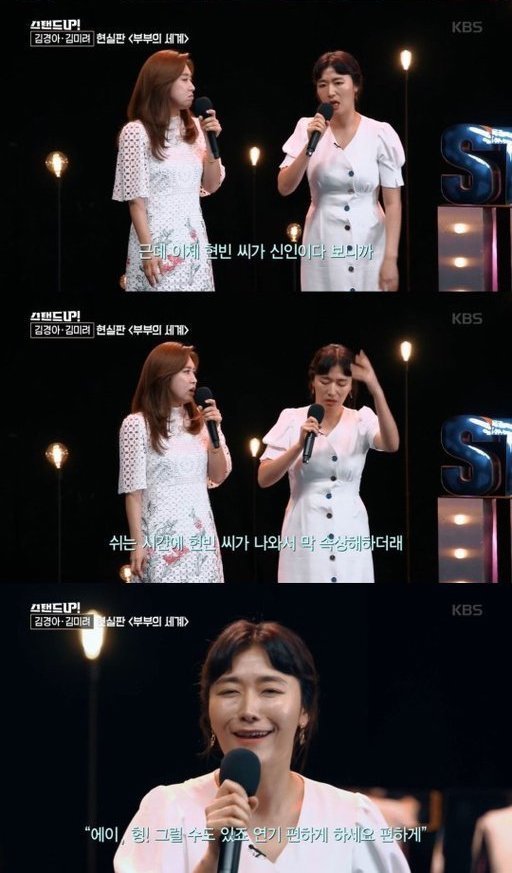 According to Kim Mi-ryeo, fifteen years ago Jung Sung-yoon was shooting a pizza commercial. He had also done similar work with Shin Min-ah. Hyun Bin was on hand as an extra, and they decided to give him a line. Hyun Bin was supposed to say, what should we order? But he couldn't manage to do it right. At break time Hyun Bin came out from the shoot very shaken and nervous.

Ultimately Jung Sung-yoon told Hyun Bin to take the scene easy. Kim Mi-ryeo felt bad about the pressure Jung Sung-yoon was putting Hyun Bin under at the time, hence the apology on 'Stand Up'.