[HanCinema's News] Kim Moo-yul Puts on Fifteen Kilos and Trains Hard for Role in "The Gangster, the Cop, the Devil" 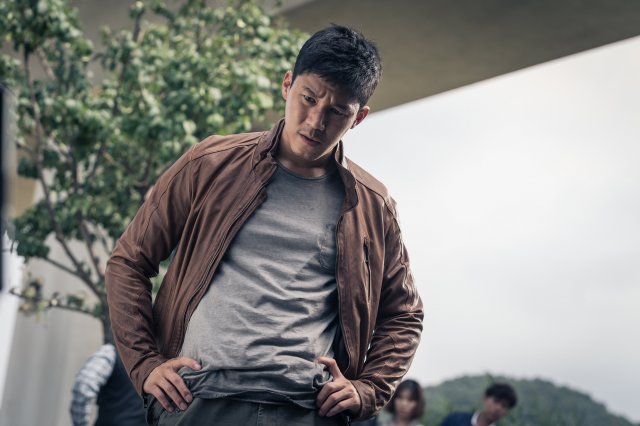 Kim Moo-yul has trained hard for his role in the upcoming "The Gangster, The Cop, The Devil". In the film, Kim Moo-yul plays the titular cop, who ends up having to work with the titular gangster, played by Ma Dong-seok, to catch the devil, Kim Sung-gyu.

The role is fittingly ironic for Kim Moo-yul. Though nominally one might expect the cop to be the good guy, Kim Moo-yul has long made his reputation by playing nasty, villainous characters. The detective Kim Moo-yul plays in "The Gangster, The Cop, The Devil" is nicknamed Mad Dog.

Kim Moo-yul has said that he was motivated to up his physique, to the tune of fifteen kilos of muscle, in preparation for the role because he knew he would be playing across from Ma Dong-seok. Kim Moo-yul was worried he might look too scrawny in direct comparison.

Director Lee Won-tae has said this is the most best he's ever seen Kim Moo-yul in. Viewers will be able to find that out for themselves when the movie premieres next month.

"[HanCinema's News] Kim Moo-yul Puts on Fifteen Kilos and Trains Hard for Role in "The Gangster, the Cop, the Devil""
by HanCinema is licensed under a Creative Commons Attribution-Share Alike 3.0 Unported License.