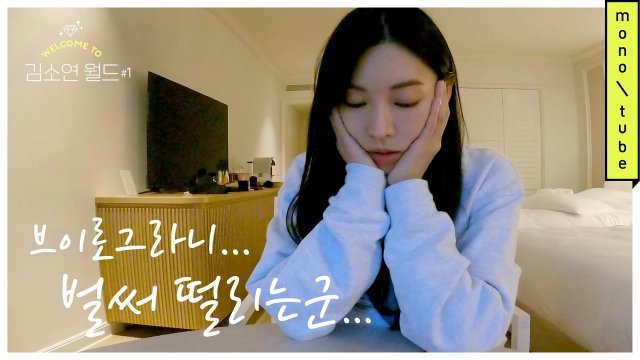 Recently the YouTube channel MonoTube released the first of a series of vlog interviews with actress Kim So-yeon. English subtitles are also available for the interview. In contrast to her more formal interviews, in the MonoTube interview Kim So-yeon emphasizes the strictness of her work schedule. While unambiguously stating that "The Penthouse" has been great for her, Kim So-yeon also noted that she has had little to no free time for socializing.

The main exception to this has been here husband Lee Sang-woo, who Kim So-yeon described as very supportive. Kim So-yeon also discussed her habit of just liking to sit at a cafe doing nothing. While Lee Sang-woo doesn't understand the appeal of this himself, he went to great lengths to accomodate her necessary break time, even making a list of pretty cafes where Kim So-yeon can sit down for extended periods of time while he does nothing more than take photos of her.