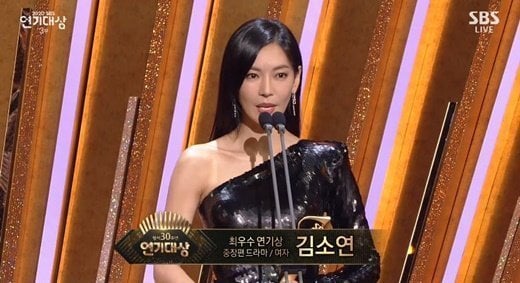 On December 31st actress Kim So-yeon won the excellence award for "The Penthouse" at the 2020 SBS Drama Awards. This was an honor she shared alongside Lee Ji-ah and Eugene who are also credited as leading actors in the series. Kim So-yeon's acceptance speech has drawn some attention as she credits, among other persons, her husband Lee Sang-woo for her accomplshments in the drama. 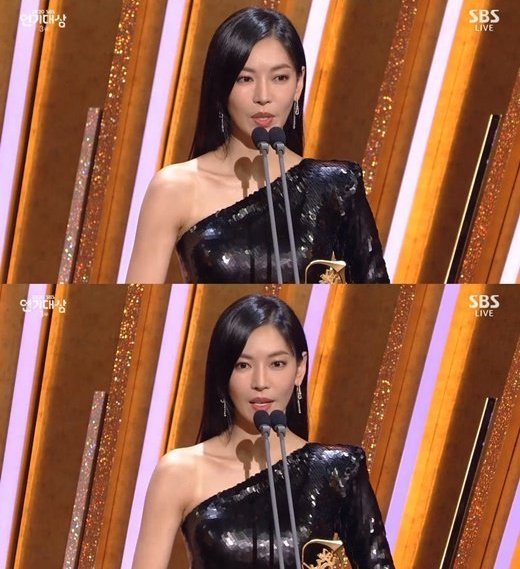