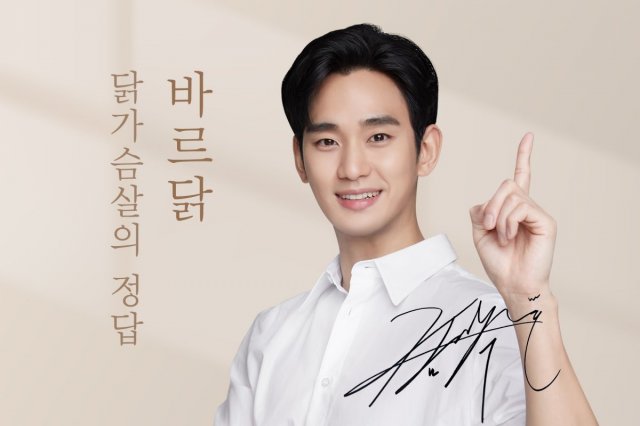 On February 15th the food company Barudak announced that actor Kim Soo-hyun had been signed under contract to help promote the company. Barudak in Korean is a portmanteau of the adjective "바른" which means "correct" and "닭" which means chicken. The brand of the company is chicken (or other foods) made the correct, or healthy way. Products sold by Barudak are often promoted as being good for dieting, or just good for the body in general, as well as tasting good.

Barudak cited Kim Soo-hyun's wholesome image and prodigous acting talent as being the main reason for his selection as a model. Last year Kim Soo-hyun returned from mandatory military service with "It's Okay to Not Be Okay" where he played a kind-hearted but mentally tormented orderly at a mental institution. Kim Soo-hyun's next drama will be "One Day - Drama" which is a remake of the BBC drama Criminal Justice. There are still no details as to when or where this drama will begin airing.