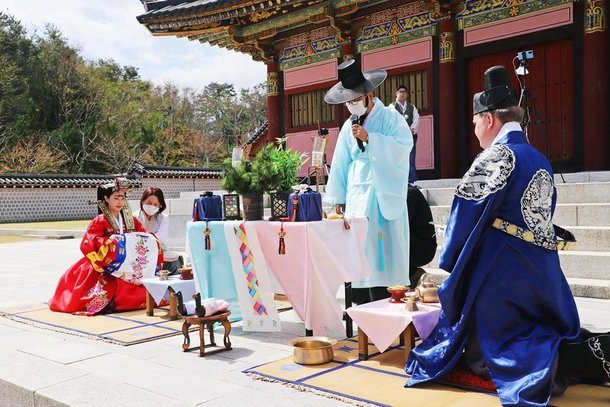 While most tourist activities have contracted due to COVID-19, the Gimhae Cultural Foundation has experienced an improvement in its fortunes somewhat counterintuitively for the very same reason. Modern indoor wedding venues have undergone a massive drop in popularity due to the belief they facilitate the spread of the disease. But the Gaya Theme Park in Gimhae has offered a little known marriage service since 2015 that evades such issues. 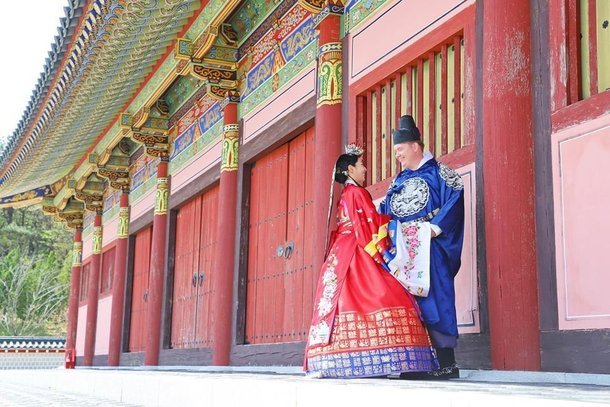 Traditional Korean weddings are not normally performed in South Korea anymore. Typically the main clientele for such services are couples in international relationships, who see such ceremonies as an affirmation of their appreciation for Korean culture. The large and expansive size of the Gaya Theme Park, combined with the area otherwise being deserted due to COVID-19, has worked to make the open air enclosure far more appealing for such ceremonies. 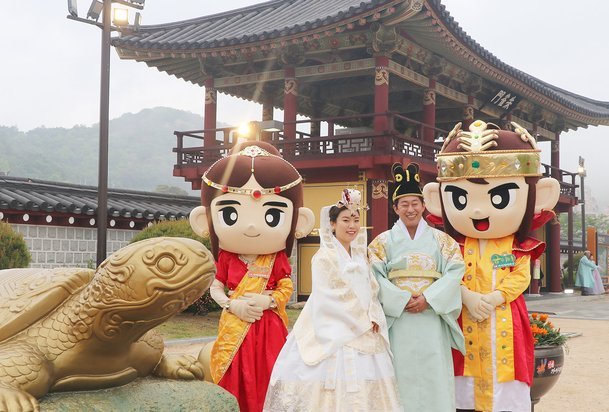 The idea for allowing wedding events in the Gaya Theme Park stems from interest persons have expressed in a scene from the 2010 drama "Kim Soo Ro". In that scene the title character played by Ji Sung marries the character played by Seo Ji-hye. The scene left a strong impression on many, and the palace scenes in general make Gaya Theme Park appear to be a picturesque location. To maximize the relaxed environment, only one wedding ceremony is allowed to be performed a day.