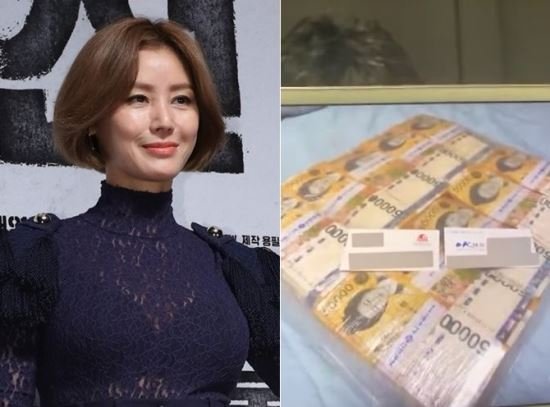 Kim Sung-ryung's reputation has taken a hit as a result of the protracted nomination feud regarding justice minister nominee Cho Kuk. The rumors stem from an online video posted by a former reporter to YouTube which discussed Cho Kuk's ties to the entertainment industry.

Curiously the video makes a careful point of not mentioning any specific names. Kim Sung-ryung is simply the only obvious celebrity whose career trajectory matches up with the information provided in the video. Kim Sung-ryung's agency, Y1 Entertainment, has threatened legal action against anyone who continues to promote the rumor, stating that the actress being discussed is not Kim Sung-ryung.

The ex-reporter who released the video is refusing to confirm or deny that the actress he discussed is Kim Sung-ryung. Cho Kuk recently held an eleven hour press conference discussing the allegations against him. To date most of the rumors regarding Cho Kuk appear to be groundless. The only one of any apparent substance is an allegation that his daughter was improperly given lead credit on an academic research paper.

"[HanCinema's News] Kim Sung-ryung Rocked by Rumors of Sponsorship by Lawmaker"
by HanCinema is licensed under a Creative Commons Attribution-Share Alike 3.0 Unported License.