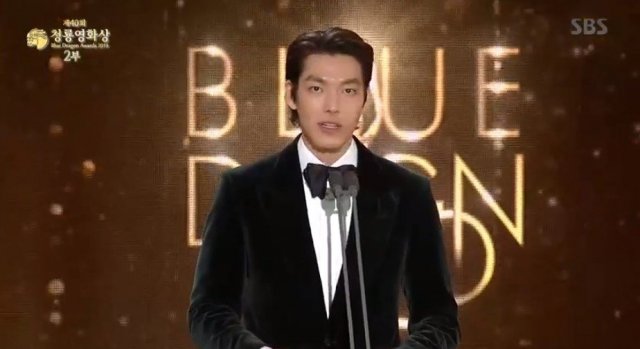 On November 21st Kim Woo-bin appeared in public at the Blue Dragon Film Awards. This is his first public appearance in two and a half years. Kim Woo-bin has been sick during this time from nasopharyngeal carcinoma. Many are seeing his return, in however brief a fashion, as being a sign that the young actor may be getting ready to return to work.

Kim Woo-bin first broke into wide popularity thanks to "The Heirs" in 2013, where he played the second lead. Since then he made a name for himself with lead roles in various films, including "Friends 2", "The Con Artists", "Twenty" and "Master". His only performance in a leading drama role to date was in "Uncontrollably Fond".

Kim Woo-bin is also currently in a relationship with actress Shin Min-a. She's five years older than him and currently appearing in "Chief of Staff - Season 2", reprising her role from "Chief of Staff". While Shin Min-a has confirmed that she has stayed together with Kim Woo-bin throughout his illness, she has not spoken publicly about his plans or progress, presumably out of respect for his privacy.