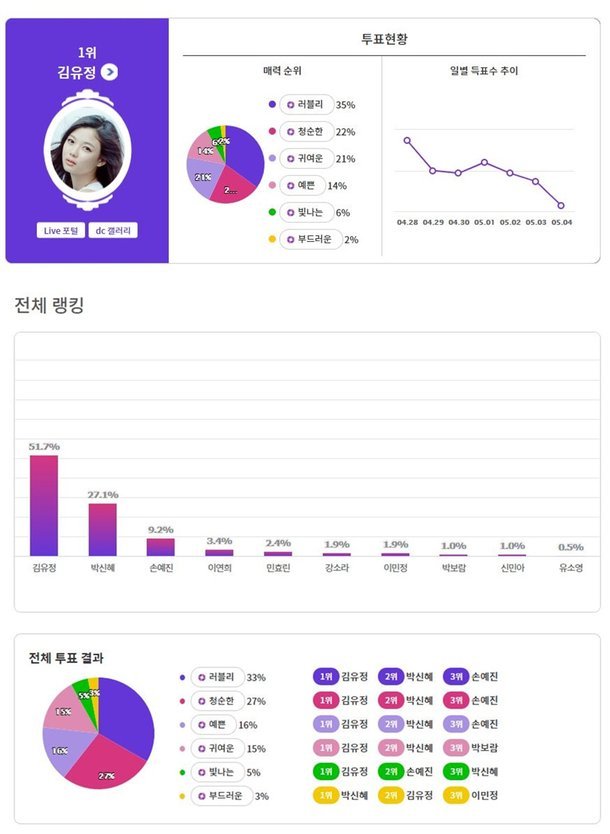 With a commanding 51.7% of the total votes cast Kim Yoo-jung easily won a recent DCInside poll of who dresses the best. The exact wording was, who looks well matched and pure wearing anything, even a school uniform.

Park Shin-hye was second with 27.1% of the total votes cast. Son Ye-jin was third with 9.2%. All the other respondents did not break 4%. The polling took place from April 28th to May 4th. 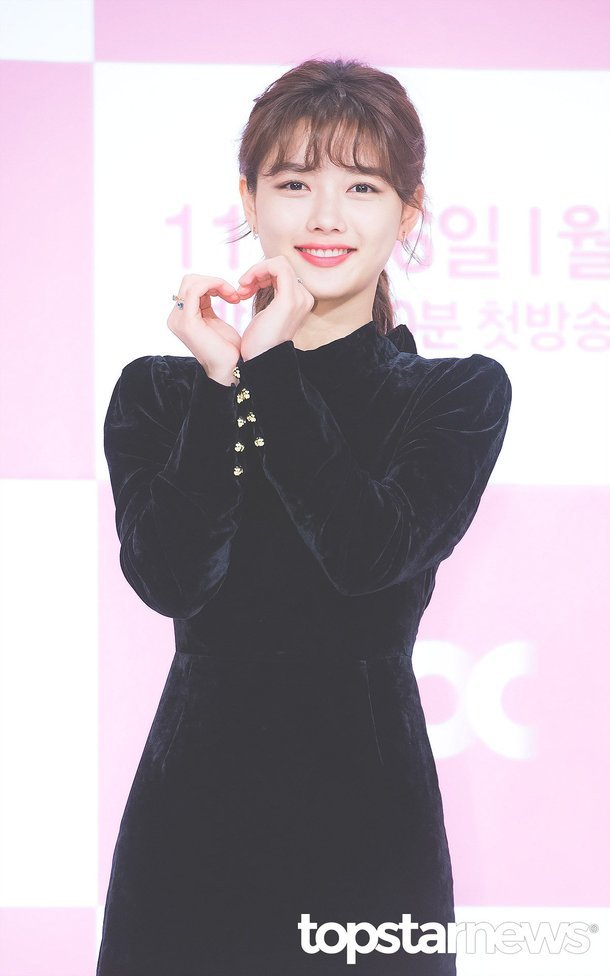 The odd wording of the question may have been a major point in Kim Yoo-jung's favor. She's only nineteen years old and has been involved with the South Korean entertainment industry since she was four. She has also done a wide variety of roles, ranging from independent film to historical dramas to social commentary pieces to web dramas. She is probably best known for being the lead role in "Moonlight Drawn by Clouds".