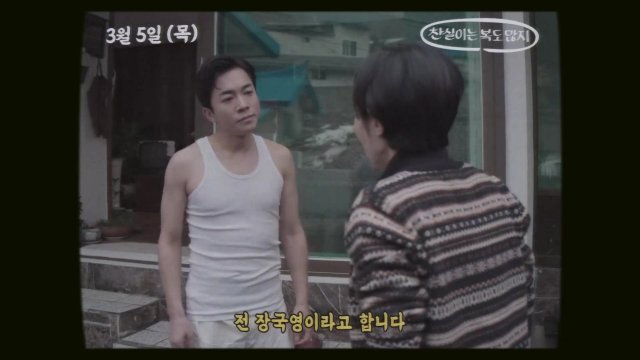 The originally low profile movie "Lucky Chan-sil" has been generating better than expected hype ahead of the movie's March 5th release. This is thanks to a prominent role occupied by Kim Young-min, one of the many minor performers in "Crash Landing on You" who received a major popularity boost thanks to that record-breaking television drama.

Though Kim Young-min has an important role in the movie, he is not the credited lead. The title character is played by Kang Mal-geum in her first leading role. Prior to Kim Young-min's popularity boost, Youn Yuh-jung was the most easily identifiable cast member, as the older woman has long been a fixture in South Korea's entertainment culture.

Meanwhile, "Lucky Chan-sil" deals with a producer who loses her job and is set adrift in the world, struggling to find a purpose to her existence. It's the first feature film from writer/director Kim Cho-hee, who made the short movie "Ladies Of The Forest", which appeared on the festival circuit, where Yoon Yuh-jung also starred.