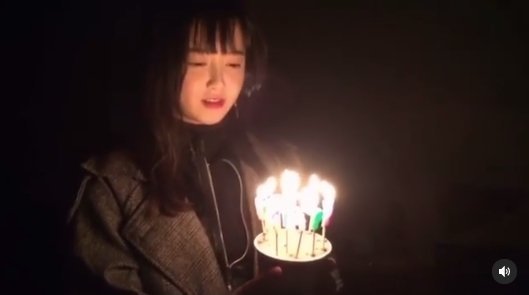 On November 9th Ku Hye-sun turned thirty seven years old. The actress posted a video to Instagram in order to commemorate the occasion. In the video, she can be seen in a dark place with a birthday cake. Rather than making a traditional thankful expression, Ku Hye-sun says what, how do I do this now.

Comments attached to the post suggest this was due to Ku Hye-sun having an Architect personality, which is denoted by the abbreviation INTJ. Many fans wished Ku Hye-sun a happy birthday in the comments. Ku Hye-sun recently made her first television appearance in quite some time on the variety talk show "Omniscient Interfering View". She is currently directing documentary footage regarding New Age piano music, which can be freely viewed on her YouTube channel here.