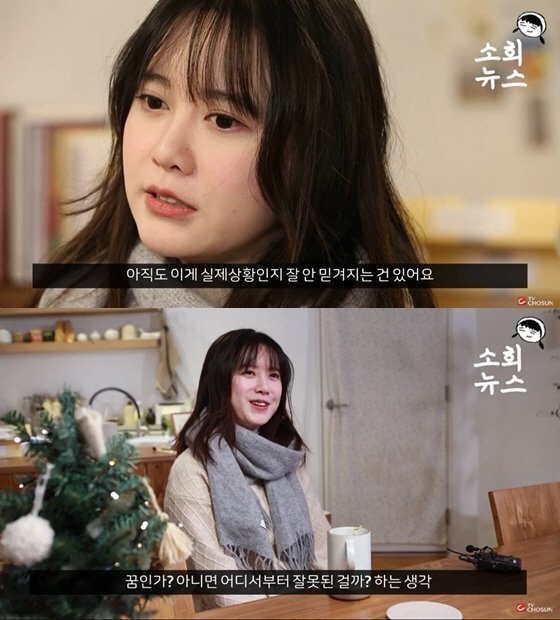 An interview with Ku Hye-sun that premiered on the YouTube channel of TV Chosun went viral over the weekend, as the actress discussed her marriage with actor Ahn Jae-hyun in frank disastrous terms. She likened the situation ultimately encompassing the divorce as feeling like the shock of a car accident, or in broader terms as a nightmare.

According to Ku Hye-sun the original request from Ahn Jae-hyun for a divorce was so abrupt and out of nowhere that she thought he was joking. When Ku Hye-sun asked Ahn Jae-hyun if they could take time to work the situation out before making rash decisions, he remained focused on trying to divorce as quickly as possible.

Ku Hye-sun also mentioned that Ahn Jae-hyun had been making preparations for a divorce for quite some time before talking to her about it. She concluded that his heart had already moved on. She expressed much regret, wondering whether there was anything that could have been done to salvage the situation. However, Ku Hye-sun also mentioned making a fresh start for her life, via caring for her pets and appropriating that experience to her artwork.

Ku Hye-sun has an exhibition opening soon, the promotion of which is part of why she agreed to the interview. Ahn Jae-hyun petitioned for divorce on September 9th, with Ku Hye-sun filing her own legal complaint on September 18th. The divorce between the couple is still pending.