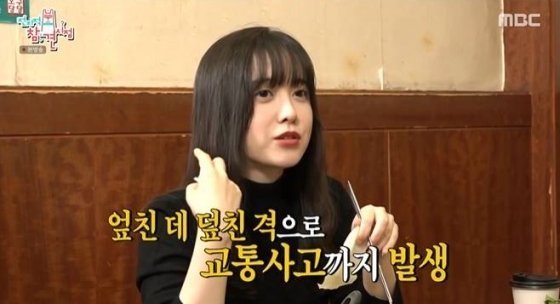 Ku Hye-sun recently appeared on the variety talk show 'Omniscient Interfering View". It was the first variety show appearance in years for the actress, who has avoided visual entertainment media as she has explored a more unconventional career path involving directing, music, and art. Though cheerful in overall tone, Ku Hye-sun's appearance on 'Omniscient Interfering View' explored a dark side of her early career in "Boys over Flowers" which may hint at her reluctance to take on similar new roles.

Ku Hye-sun said that nearly all of her memories of shooting "Boys over Flowers" were painful ones. According to Ku Hye-sun, she suffered a concussion on the set of "Boys over Flowers" while filming a pool scene. She mentioned hearing a loud gong sound and feeling everything fall from her head downward. Nevertheless, she had to get right back to filming. The panel was shocked to hear about the way Ku Hye-sun was treated.

Ku Hye-sun described feeling tingly all week, to the point that later on she fell again to a dizzy spell. A traffic accident also split her lip at one point, forcing a suspension of filming. Ku Hye-sun said that back then this was what shooting culture was like, that actors were just supposed to tough this stuff out. Ku Hye-sun's descriptions went a long way to illustrating the reforms that have occurred within the South Korean drama system since then, such that abuses of this sort are rarer and better reported.

Ku Hye-sun also mentioned a more indirect story. While filming in New Caledonia, she did not have access to proper phone service. As a result, she could not speak to her boyfriend at the time. He thought the worst and decided to break up with her. In more pleasant stories, Ku Hye-sun spoke fondly of her current manager, who she remembered from fifteen years prior, describing him as a father figure to her in the early part of her career.