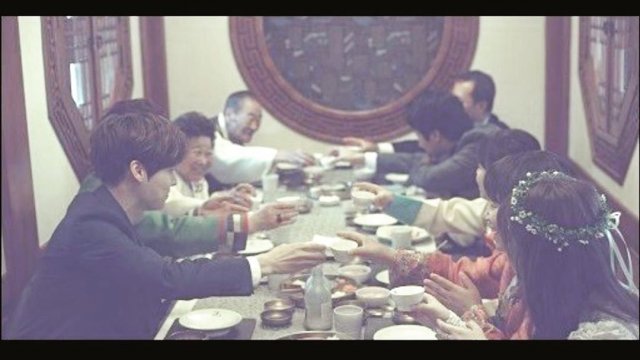 On June 4th Ku Hye-sun posted a photo from her wedding reception on Instagram. While the individual faces are difficult to make out, it is clear that one of the elderly men in the picture is Ahn Jae-hyun's maternal grandfather. The picture is captioned, "I love you, grandpa".

The photo acts as confirmation of news reported from a person connected to Ahn Jae-hyun's agency that his maternal grandfather had indeed passed on. Ku Hye-sun and Ahn Jae-hyun's wedding was most likely the last occasion where many of their elderly relatives had reason to be in the same place at the same time.

Ku Hye-sun recently signed a contract with Ahn Jae-hyun's agency, HB Entertainment. It is unknown if this move is meant to foreshadow a return to dramas for the beloved actress. Her last major role in a drama was "Blood" back in 2015. She is currently showing an exhibition at the Jinsan Gallery in the Mapo District of Seoul entitled 'A World Without You Darkness For Me' through the end of July.