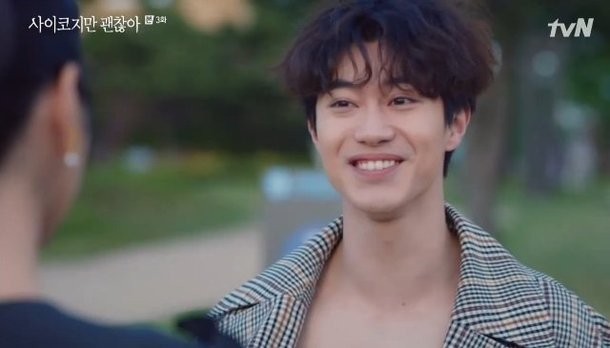 Over the weekend actor Kwak Dong-yeon made a guest appearance in the currently airing drama "It's Okay to Not Be Okay". In it, he played Kwon Ki-do, who is the son of a politician named Kwon Man-soo. The latter character is played by Han Ki-joong. Their relationship is antagonistic, with Ki-do deliberately exposing his private parts on camera in an effort to humiliate his father who is currently running for public office. 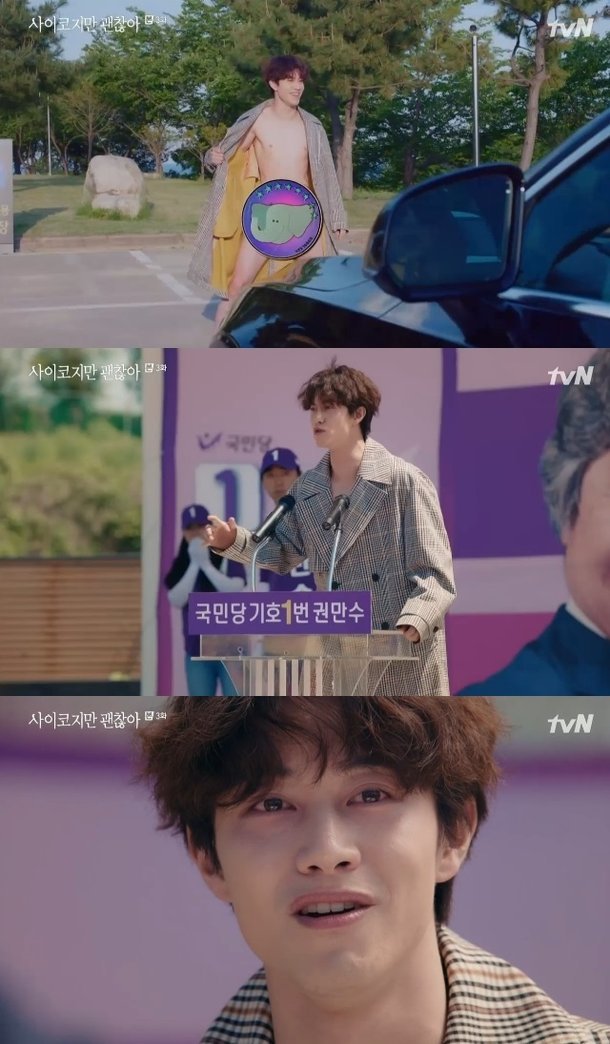 Ki-do is not well mentally. Indeed, the character's relevance in the story is that he escapes from the hospital which employs the lead character played by Kim Soo-hyun. In front of reporters convened to cover an event regarding his father, Ki-do demands that they look at him instead, the failed son of a very well-to-do family, albeit through a defect of birth rather than of his own deliberate will.

Kwak Dong-yeon is a fairly young actor at twenty-three years of age, though with quite a few credited appearances to his name. He was part of the ensemble in the weekend drama "Never Twice" as well as the second lead in the high school themed drama "My Strange Hero".