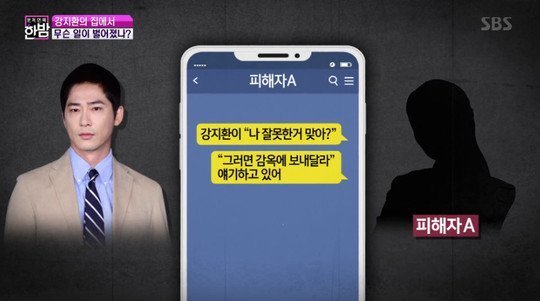 Following Kang Ji-hwan's full confession to crimes of sexual assault and rape, it is clear that Kang Ji-hwan's claim of being drunken and not remembering what happened was not taken seriously by authorities. But more than simply failing to be a mitigating circumstance, an attorney working for the victims has argued that Kang Ji-hwan was not drunk at all.

On the SBS program 'Access Showbiz Tonight' the attorney explained that the critical evidence lies in the Kakao logs which Victim A made on the night of the incident. In these logs, she documented events as they happened, which included quoting her conversations with Kang Ji-hwan. In these conversations, Kang Ji-hwan asked if he had done something awful and if he was going to jail. 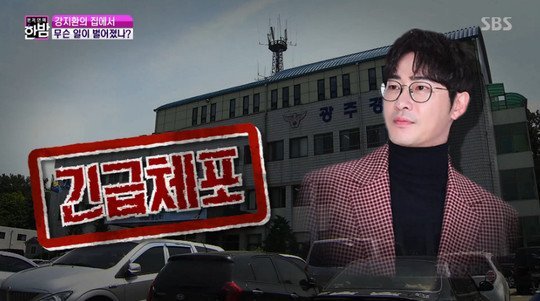 The victim also stated in a recent interview that Kang Ji-hwan demonstrated disturbing mobility on the night in question easily moving from the third to the second floor. The victim also noted that he had already had hours to recover from his previous drinking, and that he responded to the obstacle of a locked door by demanding it be opened. The lawyer added on to the previous account that Kang Ji-hwan was apparently lucid enough to guide police to the room in question on their arrival.

The lawyer also echoed what the victim had recently said about how she was unable to call emergency services because her phone could not get a signal in Kang Ji-hwan's house. Eventually she managed to grab a hold of a WiFi signal to petition for a friend's aide via Kakao. To date the victims' stories have been remarkably consistent, a stark contrast to Kang Ji-hwan's public statements, which seem specifically designed to shirk responsibility.

"[HanCinema's News] Lawyer Argues That Kang Ji-hwan Was Not Drunk When He Committed Crimes"
by HanCinema is licensed under a Creative Commons Attribution-Share Alike 3.0 Unported License.