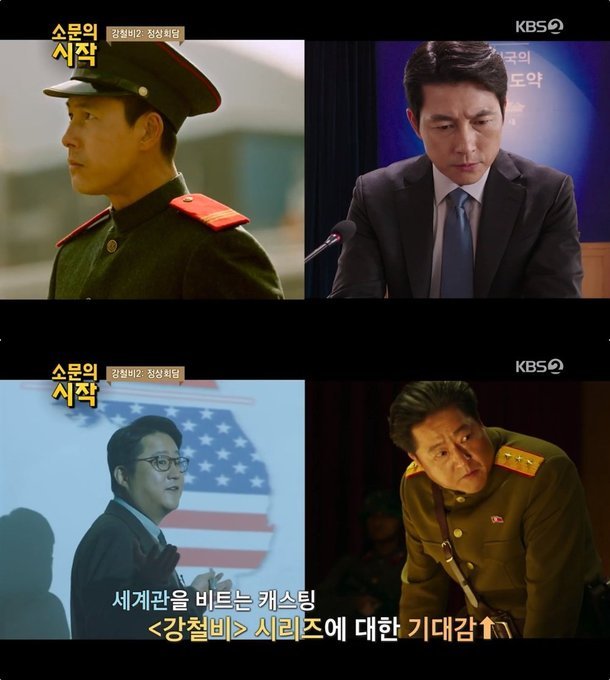 The long awaited "Steel Rain 2: Summit" opens in South Korean theaters on July 29th. The movie's peculiar context of arriving right in the midst of another real-world realignment of the peace process between North and South Korea has already been noted. But from the outset a sequel reuniting lead stars Jung Woo-sung and Kwak Do-won seemed unlikely due to the way the first "Steel Rain" ended, with their characters unlikely to encounter one another again.

So it is that with "Steel Rain 2: Summit" this issue has been resolved with Jung Woo-sung and Kwak Do-won playing completely different characters. Not only are they much higher ranked officials, to the level of dealing with peace talks firsthand, they are on opposite sides. Kwak Do-won is now a North Korean leader rather than a South Korean intelligence operative, and vice-versa for Jung Woo-sung's character.

The exact continuity between the movies also remains ambiguous. While "Steel Rain 2: Summit" started production with the same director and lead cast as "Steel Rain" it was not at the time understood to be a continuation of the first film. It's unclear whether similar character names as well as appearances between the lead characters of the two titles are meant to be a coincidence or just a sort of in-joke.