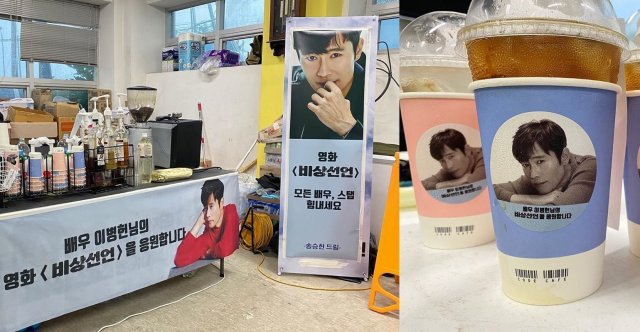 Lee Byung-hun recently made an Instagram post highlighting a coffee car he was sent on the set of "Emergency Declaration" by actor Song Seung-heon. Despite the name, in this case a catering service appears to have been ordered rather than a car, as the picture shows the coffee installation being set up indoors.

"Emergency Declaration" is a major film depicting a plane forced to make an emergency landing. Few details about the movie's story are known even though it has been filming for some time now. There are also no current indications of a possible release date.