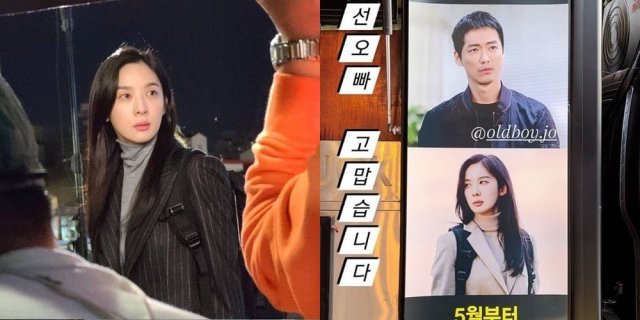 In a recent post on Instagram Story actress Lee Chung-ah thanks Jo Han-sun for sending a coffee car to the set of "Awaken" where the actress is currently starring in the leading role. The images in the post do not specifically single out Lee Chung-ah as the beneficiary of the coffee car. All cast and crews are listed in the banner, which also praised them for having done good work from May to December of last year.

Jo Han-sun has worked with both lead actors of "Awaken" in the past. He was in "Stove League" with Namgoong Min last year. In the more distant past, Jo Han-sun also starred in the 2004 film "Temptation of Wolves" alongside Lee Chung-ah. This was a very early film in both of their careers. "Awaken" had ratings of 5% in its most recent episode which aired on January 12th.