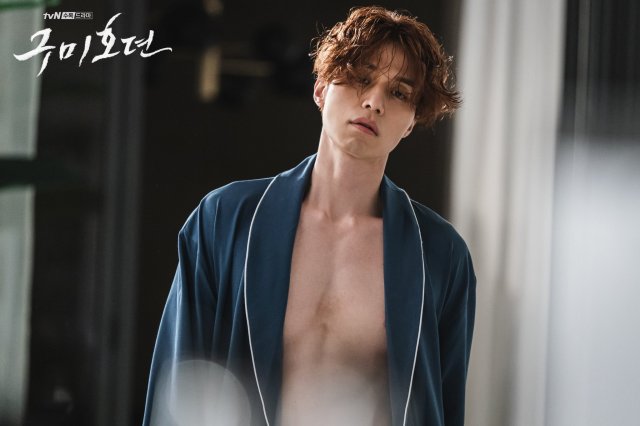 On October 7th Lee Dong-wook made his latest debut as a lead actor in the drama "Tale of the Nine Tailed", which premiered with 5.8% ratings, leading all primetime dramas for that timeslot. The action fantasy romance premise is a return to brand for Lee Dong-wook who saw a massive boost to his popularity following "Goblin" in 2016.

Lee Dong-wook is one of the steadier leading men in South Korean drama production. He frequently receives plaudits for his nuanced performances, but has always struggled for a genuine breakout hit. Lee Dong-wook's dramas frequently only do just well enough to stoke the interest of casting directors for future projects. Lee Dong-wook has been the lead actor for nearly all of his dramas since "My Girl" from 2005, inhabiting a diverse niches from romance to fantasy to historical to legal dramas.

Yet to date it is "Goblin", a drama for which he was not the credited lead, that Lee Dong-wook is best known. "Goblin" had the advantage of allowing Lee Dong-wook to play a character from several different genres simultaneously, which proved an almost perfect use of his talents. While many associated Lee Dong-wook's charisma with his chemistry with co-star Yoo In-na, the more lukewarm reception to "Touch Your Heart" in 2019 belied this impression.

"[HanCinema's News] Lee Dong-wook Proves his Reliability in "Tale of the Nine Tailed""
by HanCinema is licensed under a Creative Commons Attribution-Share Alike 3.0 Unported License.