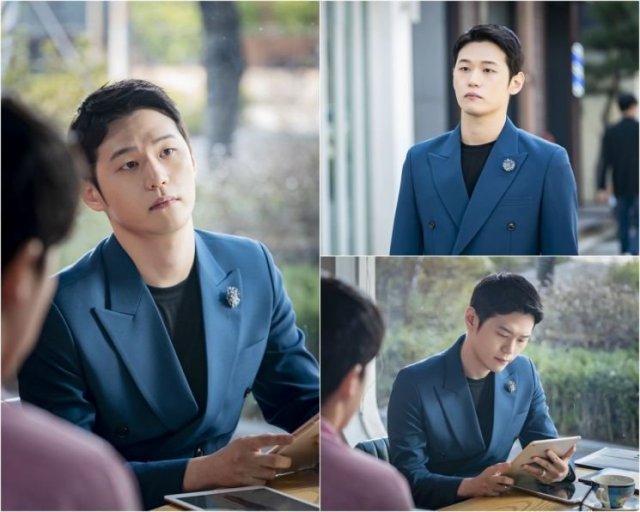 Like many cast members of "The World of the Married", Lee Hak-joo has been earning lots of attention lately. But not, perhaps, for the right reasons. He plays one of the more sinister characters on the drama, a jobless man who takes out his frustrations on his live-in girlfriend played by Shim Eun-woo.

But Lee Hak-joo will take on a far different role in the upcoming jTBC drama "Sweet Munchies". There he plays Tae-hwan, a fashion programmer who wears an outfit very appropriate to his highly stylish profession with professional accessories to match. Though not the lead, he is expected to be part of a love triangle style dynamic between the two actual leads played by Jung Il-woo and Kang Ji-young.

The production company behind "Sweet Munchies" has been quite forthcoming about emphasizing Lee Hak-joo's unexpected increase in profile thanks to relatively minor role on "The World of the Married". Indeed, that Lee Hak-joo could so quickly be turning his acting talent from a serious dramatic role to a pillar of a romantic comedy suggests that he is a man with a wide acting range. "Late Snack and Woman" will start airing on May 25th.