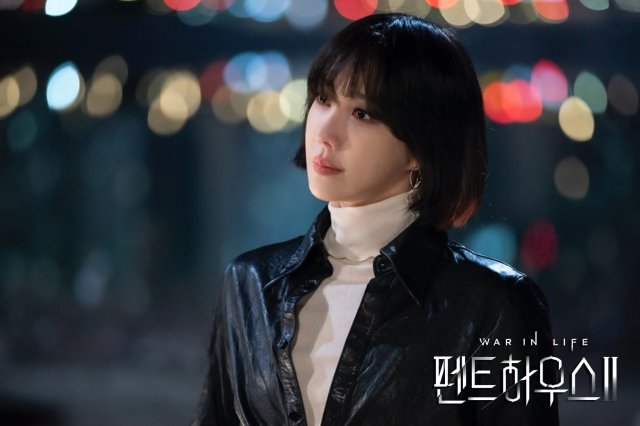 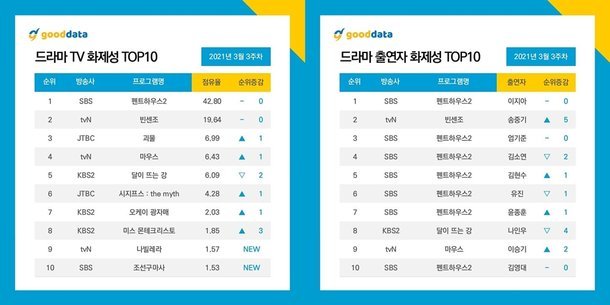 Lee Ji-ah's preeminence in the report is largely a function of the ongoing mystery surrounding her character, who appears to be identical to the one she played in the first season. It is as yet unclear whether there is a tangible connection between the two characters, or if the similarity is coincidental. The plot point has become a central topic of mystery in the drama since the character's introduction, greatly stoking viewer interest.

Aside from Lee Ji-ah, "The Penthouse 2" actors made up six of the remaining ten slots for performers. Uhm Ki-joon was third, Kim So-yeon fourth, and Kim Hyun-soo fifth, despite her character's apparent death in an earlier week. Eugene was sixth, Yoon Jong-hoon seventh, and Kim Young-dae tenth. "Vincenzo" was the only other drama to crack double digits at 19.64%, with lead actor Song Joong-ki second place for performers.

"[HanCinema's News] Lee Ji-ah and "The Penthouse 2" Continue to Dominate the Good Data Report"
by HanCinema is licensed under a Creative Commons Attribution-Share Alike 3.0 Unported License.