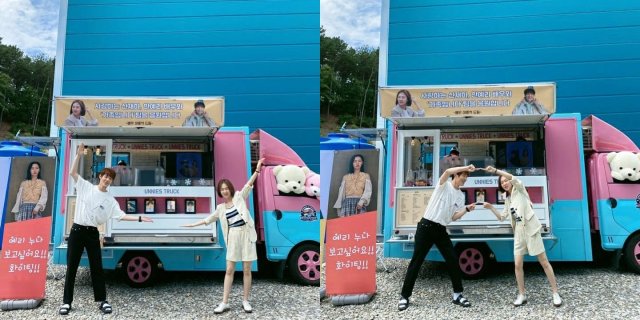 While Lee Jong-suk is still in the midst of his mandatory military service, the popular actor has not forgotten his colleagues in the drama industry. This much was confirmed when a photo posted to Han Ye-ri's Instagram account showed that her former "While You Were Sleeping - 2017" co-star had sent a coffee car and words of encouragement to the shooting location of "My Unfamiliar Family" where the actress is currently starring in the leading role.

The banner on the left side of the photo describes Han Ye-ri as Lee Jong-suk's sister, saying that he missed her and encouraging her to do her best. The top banner also makes references to Shin Jae-ah, a lesser known performer in "My Unfamiliar Family" who was also in the supporting cast of "Hymn of Death", another drama headlined by Lee Jong-suk. "My Unfamiliar Family" is airs on Monday and Tuesday nights on tvN, earning ratings of 4.3% in its most recently aired twelfth episode. 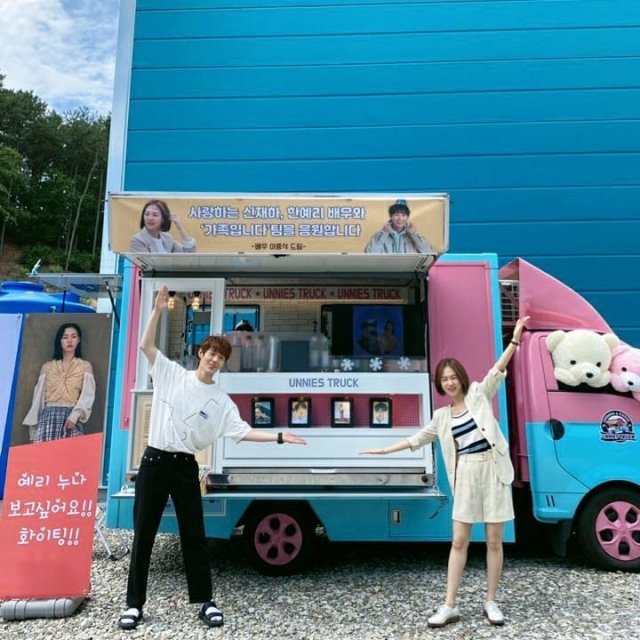 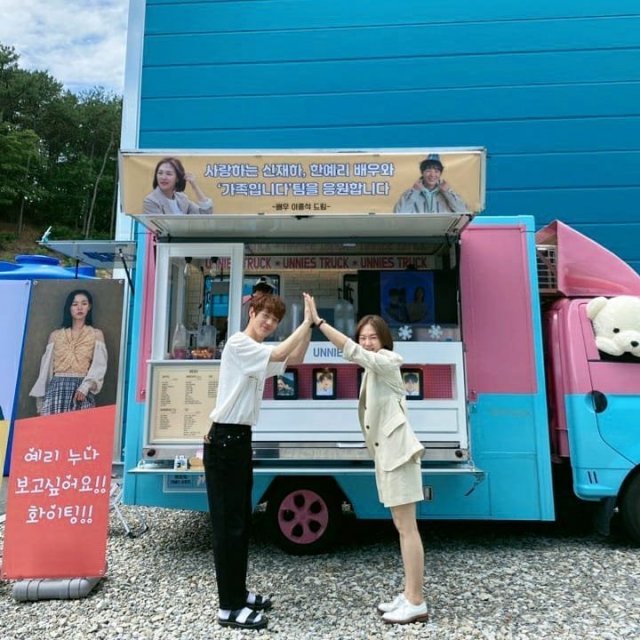 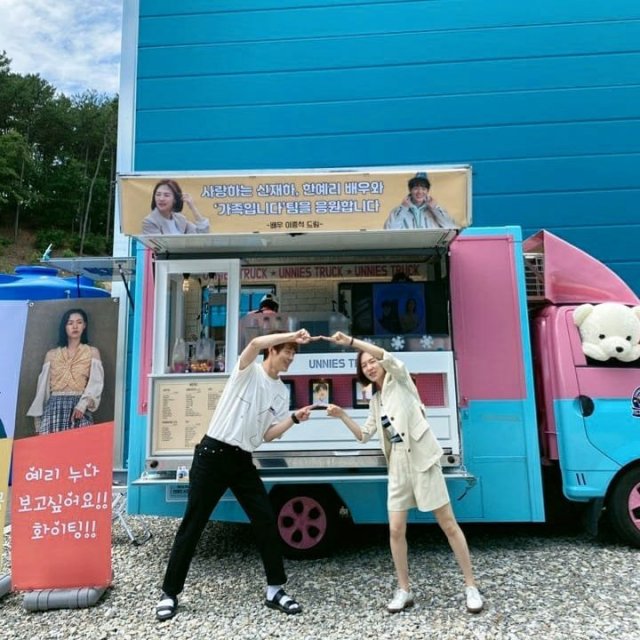