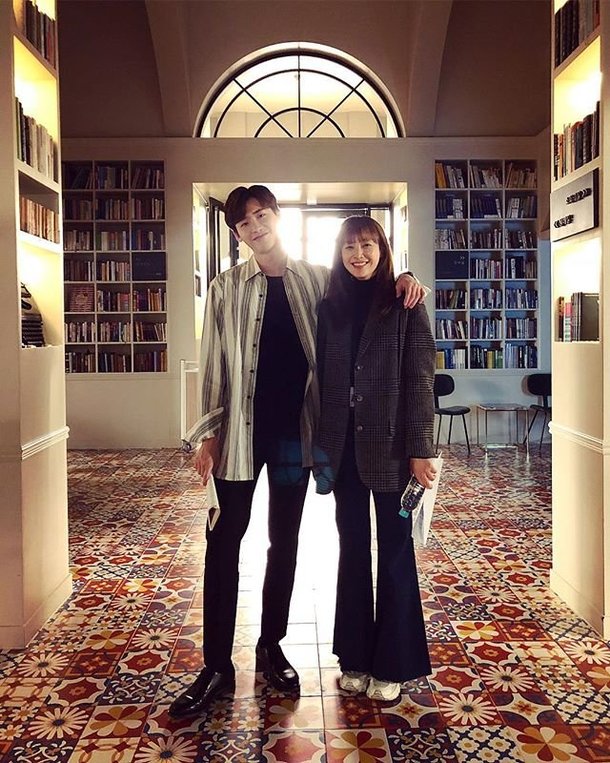 To commemorate the end of filming for "Romance is a Bonus Book", Lee Jong-suk released a black-and-white thank you note for Lee Na-young on Instagram. In it he expresses appreciation for all the work they've done together and for her outstanding abilities as an actress.

The picture also includes a plaque. The implication is that the note is an actual physical present Lee Jong-suk gave to Lee Na-young, although it is unknown whether he gave it to her before or after uploading the picture on the Internet. 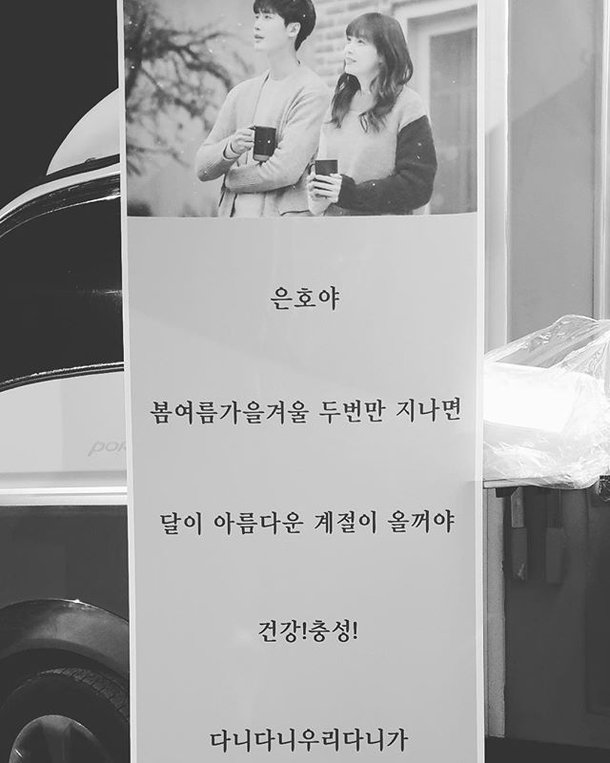