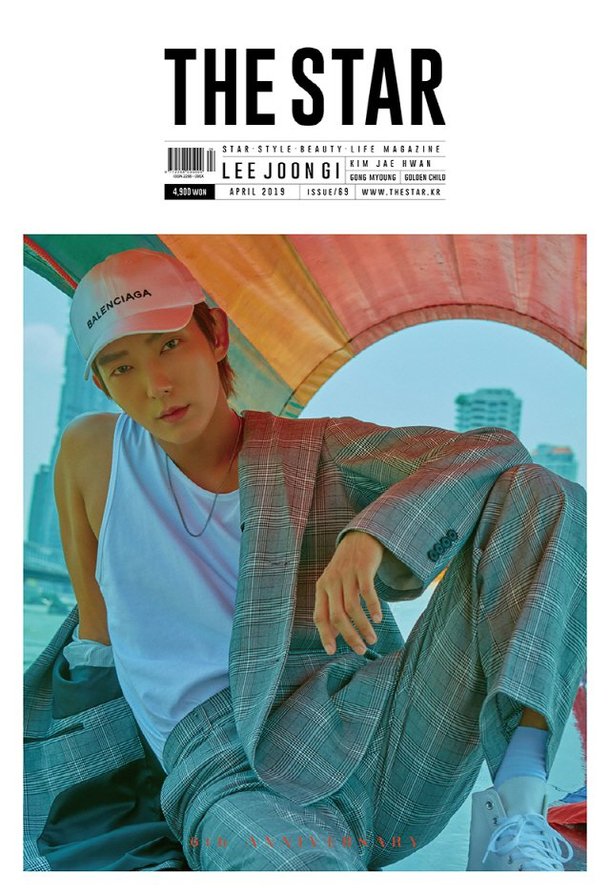 The April edition of The Star Magazine features Lee Joon-gi on the cover. The theme is called 'Lee Joon GI in THAILAND'. The promoted image is one of freedom, confidence, and swagger. This piece marks The Star's six year anniversary, and also features an interview.

In the interview Lee Joon-gi talks about how grateful he was to the security provided by the magazine over the course of the shoot. He also expresses concern about how without that security fans might have gotten themselves hurt. Lee Joon-gi was also impressed with Thailand's cultural heritage and hoped to have another chance to visit.

Lee Joon-gi also notes how everything that comes from his SNS is purely from him. Lee Joon-gi says he films itself and does not edit it. Lee Joon-gi states that he likes the format because he thinks it's a fun way to show himself to his fans. The interview notes that he saus this while smiling.

Lee Joon-gi continues to say that he finds his own image to be a little fantastical. He discusses wanting to show himself as being more of a real human person. Lee Joon-gi feels like he has a long way to go as an actor in this regard. Lastly he talks about wanting to stick to one project a year, only to bristle with anticipation for his next project. Lee Joon-gi states that he is thankful for every opportunity offered to him.

"[HanCinema's News] Lee Joon-gi Interviews and Covers for The Star Magazine"
by HanCinema is licensed under a Creative Commons Attribution-Share Alike 3.0 Unported License.