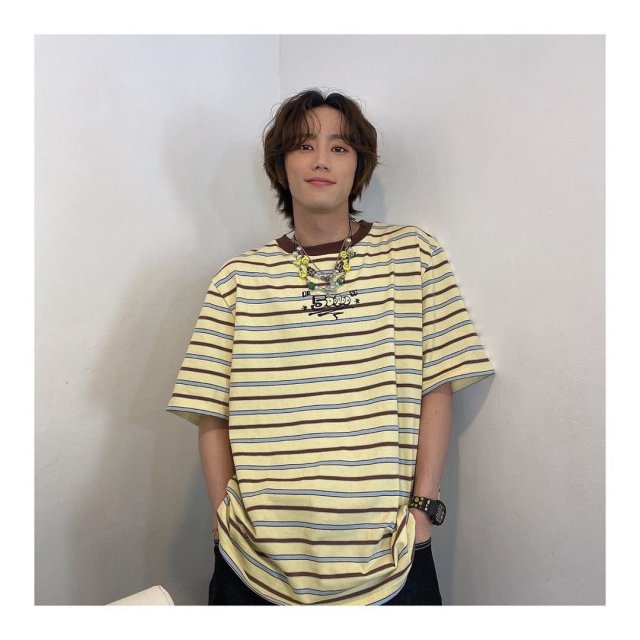 Lee Jun-young of U-Kiss had a recent major drama appearance in "Good Casting". Though a spy comedy drama, Lee Jun-young's character was romantically connected with the one played by Yoo In-young- in spite of the thirteen year age gap between the two. Lee Jun-young discussed their kiss scene among others in a recent interview.

According to Lee Jun-young filming for "Good Casting" took approximately five months and still lingers on in his memory as an exceptionally vivid experience. He said that he met a lot of great people and had particular praise for director Choi Yeong-hoon and his gag comedy oriented style. Lee Jun-young remembered his co-stars only ever smiling when they were filming, and affectionately referred to them as his brothers and sisters.

Lee Jun-young also mentioned being nervous starting out, also because "Good Casting" was a gag comedy. In contrast to his idol image, all of Lee Jun-young's previous projects, from "Avengers' Social Club" to "The Goodbye Has Left" to "Class of Lies" all featured him in more villainous with little commonality to his main brand image. Lee Jun-young was able to build confidence by just focusing on not messing up his lines from the script, which he thought were very funny. This helped him maintain character.

In spite of all this Lee Jun-young does not consider himself to have much in common with the role he played, considering his character to be an overly arrogant person. Lee Jun-young was able to get in touch with the role by just reminding himself to do all the things he normally hates doing, which brought out the proper comic tension.

Though not a romantic drama principally, Lee Jun-young's character was connected romantically to the one played by Yoo In-young. This, even though her character was much older than his, to the point of being a single mother. Lee Jun-young described his first impression of her as being snobby and a little cold, but that he came to see her as quite kind and with a refined way of speaking over time, thinking of her as a real friend.

Still, the age gap was a bit much, if only because of the different eras of their debut. Lee Jun-young described their big kiss scene as taking place on a cold winter day, with their own breathing ruining takes. Moving was also troublesome Lee Jun-young was unprepared for the difficulty, but was comforted by Yoo In-young coaching him through it with her superior experience. For all this, Lee Jun-young felt like he did not do as well in his scenes with Yoo In-young as he should have.