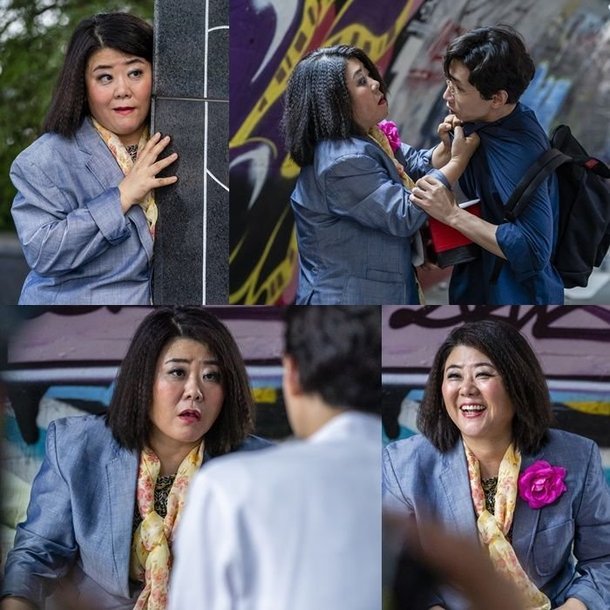 Lee Jung-eun has been confirmed to star in an upcoming episode of "Doctor Detective". The actress best known for her appearance in the popular film "Parasite" has appeared in promotional material for the eleventh episode wearing a rumpled suit with gaudy accessories and braided hair.

Lee Jung-eun can be also seen physically accosting the male lead Bong Tae-gyu, although her expressions give the idea that she is not a particularly threatening character, just very physically brash and loud. This tonal clash comes after a previous episode where the female lead, played by Park Jin-hee, discovered the source of a threatening letter relating to a conspiracy involving her family as well as a suicide.

The production company has confirmed that Lee Jung-eun's character will play a critical role in resolving this incident. However, her role is specifically described as a special appearance - suggesting that she will assist the lead characters with some important information related to the case before bowing out.