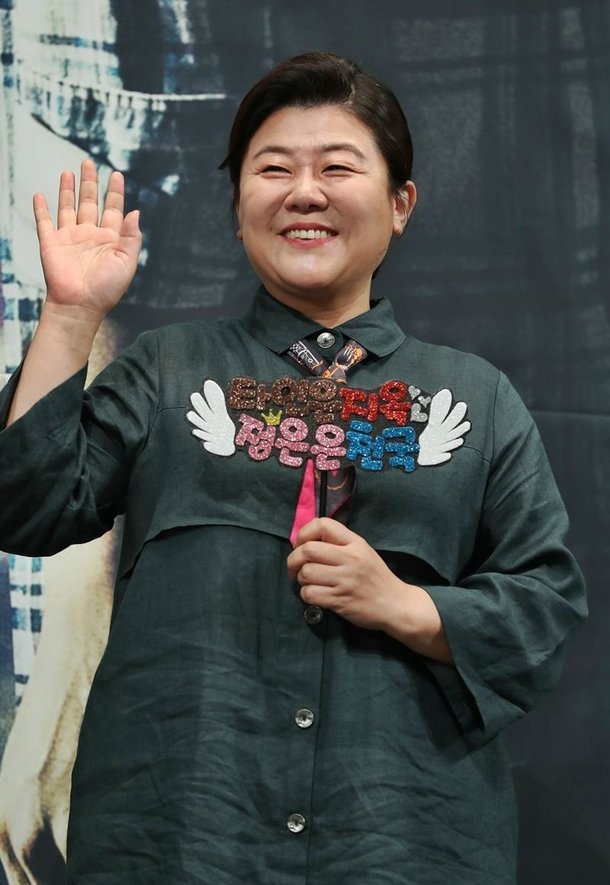 On August 28th the upcoming OCN drama "Strangers from Hell" held a press conference ahead of the drama's August 31st release. Lee Jung-eun, who received wide acclaim following her appearance in "Parasite" earlier this year, talked about why she chose to join the cable thriller about a young man who moves into an eerie apartment complex in Seoul.

In the drama Lee Jung-eun plays Eom Bok-soon, the enigmatic and vaguely sinister manager of the apartment complex who's always keeping an eye on who comes in or goes out. She was approached for the role some five months after production had finished on "Parasite". Lee Jung-eun said she thought a fun director would make a better project than one who was just hard-working. Lee Chang-hee and the production company fit her definition of fun.

Lee Jung-eun also liked how the drama and the webtoon it was based on were filled with people she felt could actually be met at real-life apartment complexes such as the one in the drama. She said that lately too many dramas are focused around protagonists.

"[HanCinema's News] Lee Jung-eun on Why She Joined "Strangers From Hell""
by HanCinema is licensed under a Creative Commons Attribution-Share Alike 3.0 Unported License.