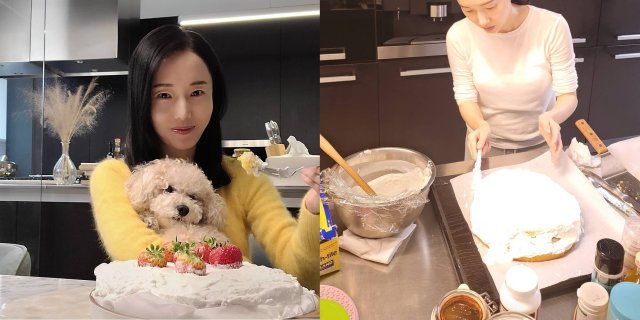 On February 7th actress Lee Jung-hyun made a post on Instagram regarding her birthday, which was on that same day. The actress and singer had turned forty-one years old. To commemorate the event, Lee Jung-hyun posted a picture of her dog, as well as a cake which she baked herself, to Instagram. The photo had been preceded by social media messages promising to upload a picture of the cake, and thanking fans for expressing congratulations relevant to her birthday.

The cake in question was a strawberry cake. Despite passing the age of forty, Lee Jung-hyun has been quite busy with acting in recent years. She made "Love, Again" in 2019, the movie being released that same year, with "Peninsula" and "The Night of the Undead" following in 2020. She is also expected to appear in "Limit" and "Decision to Leave" which are currently projected to be released this year, in 2021.