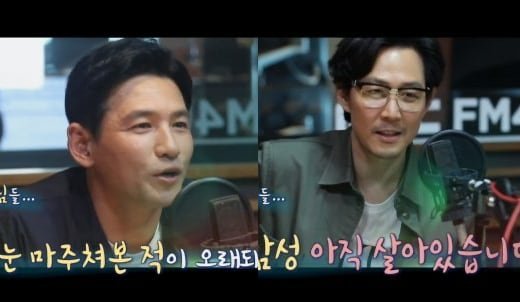 On the latest episode of the MBC variety program 'Omniscient Interfering View' lead actors Lee Jung-jae and Hwang Jung-min were on-hand to discuss their upcoming film, "Deliver Us From Evil". This was not in the context of the television program, but rather a radio program, the footage of which appeared in the television show. 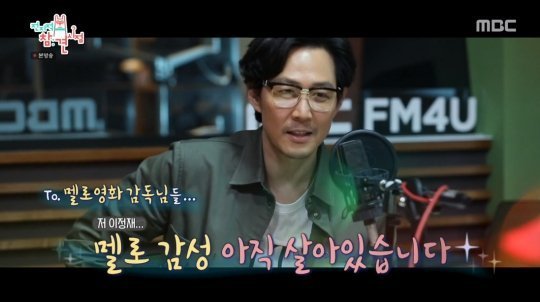 While "Deliver Us From Evil" was the ostensible purpose of the interview Lee Jung-jae and Hwang Jung-min ultimately did not discuss the movie very much, instead opting to banter with the host of the radio program on various topics. These included the attractiveness and fashion sense of the host as well as the charms of other persons in the South Korean entertainment industry. 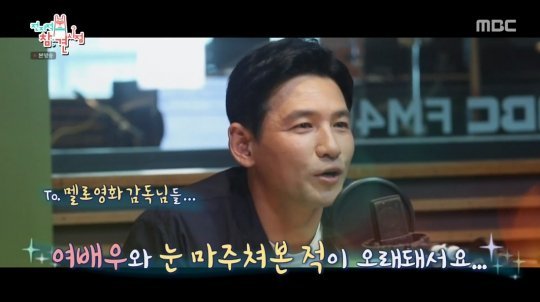 But Lee Jung-jae and Hwang Jung-min were asked, at one point, about their feelings on melodramas. The pair are famous for having appeared together in "The New World", a male-oriented gangster melodrama. Hwang Jung-min last appeared in a more traditional melodrama in "When A Man Loves A Woman" in 2014.

Both actors expressed enthusiasm for the genre. Lee Jung-jae stated that current filmmaking trends toward strong characters have meant he has received no offers to appear in melodramas, a situation he described as lamentable. He expressed hope for more melodrama offers in the future. Hwang Jung-min also made a direct pitch to melodrama directors, stating that it had been far too long since he had stared longingly into the eyes of an actress. "Deliver Us From Evil" will release on August 5th.