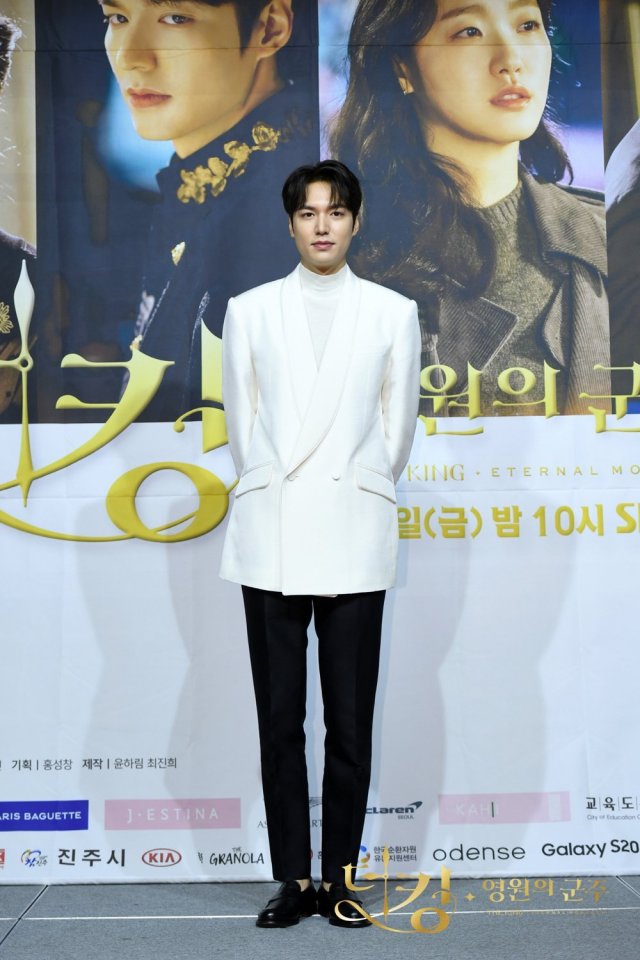 In the final online press conference before the premiere of "The King: Eternal Monarch" Lee Min-ho confirmed what many had suspected when news first broke of his intention to play the lead role in the fantasy drama. It all came down to screenwriter Kim Eun-sook, the screenwriter to "The King: Eternal Monarch" who also wrote "The Heirs" seven years ago, and a drama which cemented Lee Min-ho's reputation as a major star.

In the press conference Lee Min-ho discussed feelings of nervousness, as it has been quite some time since he has done a drama. Upon returning from his mandatory military service last year Lee Min-ho deliberated over the best face to show to his fans and it was during this process that he received a call from Kim Eun-sook describing her new project.

Lee Min-ho confessed that in part he was attracted to the sheer scope and ambition of the project. He described himself as being aware of the power and influence of her name in the South Korean drama marketplace. Lee Min-ho was also intrigued by the script and how it delineated clear differences between the Korean Empire his character represents versus the relatively realistic South Korea his character runs across. Lee Min-ho predicted the contrast as being easily understood by viewers.

Lee Min-ho also commented on the likely inevitable speculation of his relationship with the drama's leading lady, Kim Go-eun. Though their characters are expected to be involved in a romance, Lee Min-ho discussed how much of his research for the role was more into functional attitudes and various scienes with regards to the main conflict. The implication appears to be that the romance will be incidental to goal-oriented conflict, much as it was in Kim Eun-sook's previous project "Descendants of the Sun".

As for Kim Go-eun herself, Lee Min-ho described her in surprisingly professional terms, observing that she clearly saw the role as an opportunity to move past her generally girlish reputation as an actress. Kim Go-eun refers to Lee Min-ho on set with formal address rather than informal address.

"[HanCinema's News] Lee Min-ho Confirms That He Picked "The King: Eternal Monarch" Due to Screenwriter Kim Eun-sook"
by HanCinema is licensed under a Creative Commons Attribution-Share Alike 3.0 Unported License.