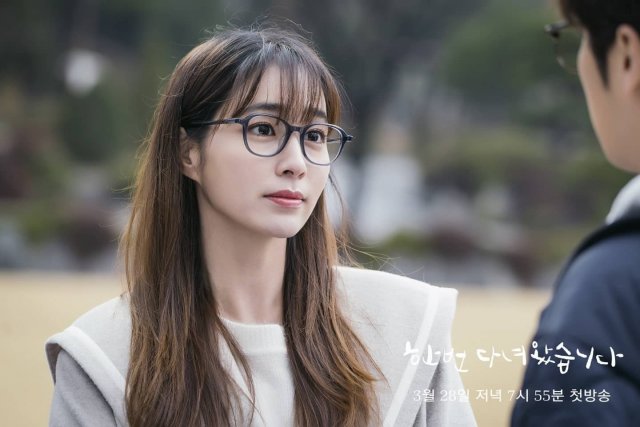 While Lee Min-jung is most often remembered as being the wife of major star Lee Byung-hun, the actress is a fairly strong talent in her own right - just on a smaller scale, with a very different kind of programming. So it is that she's making a comeback with the early evening weekend drama "Once Again", where she has been cast in the leading role.

Regardless, Lee Min-jung has still had enough name recognition as a star for productions to be willing to take chances on her again. None of her films or dramas did particularly poorly, they just never left much of an impact. But "Once Again" has many factors working in its favor. The timeslot is an obvious one - early weekend dramas often get much stronger ratings than their later airing peers, even if they seldom get comparable hype.

But with "Once Again" Lee Min-jung will have a chance to work with director Lee Jae-sang, who was responsible for such hits as "Gunman in Joseon" and "Father is Strange". Moreover, the subject matter of "Once Again" may be a better fit for the actress. She plays a pediatrician pushing for divorce from her husband who's in the same field as she is. Lee Min-jung may have real-life experience to draw from in that regard, given past tension with Lee Byung-hun.

"Once Again" also has the benefit of a very strong lead-in. "Beautiful Love, Wonderful Life" ended with ratings over thirty percent. However, it didn't quite beat the record set by "Mother of Mine" last year. "Once Again" will get its chance to challenge that benchmark when it premieres on March 28th.

"[HanCinema's News] Lee Min-jung Returns to Weekend Dramas With "Once Again""
by HanCinema is licensed under a Creative Commons Attribution-Share Alike 3.0 Unported License.