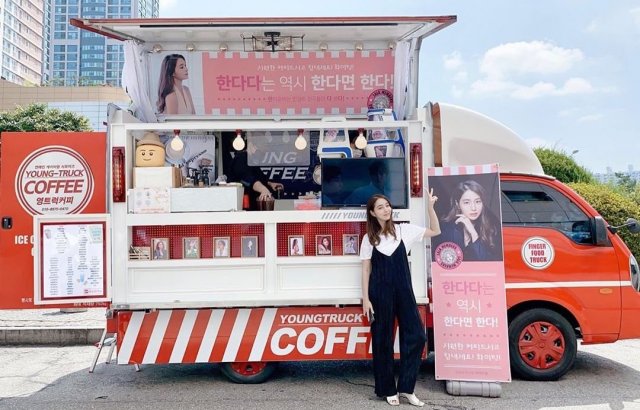 On Instagram actress Lee Min-jung recently thanked her friends for sending a coffee car to the set of the popular weekend drama "Once Again" in which the actress stars. The persons who sent the coffee car identify themselves as personal friends on the relevant banners, rather than celebrities or fans. In her thank you post, Lee Min-jung simply describes the careful process by which "Once Again" has been filming under the spectre of COVID-19. 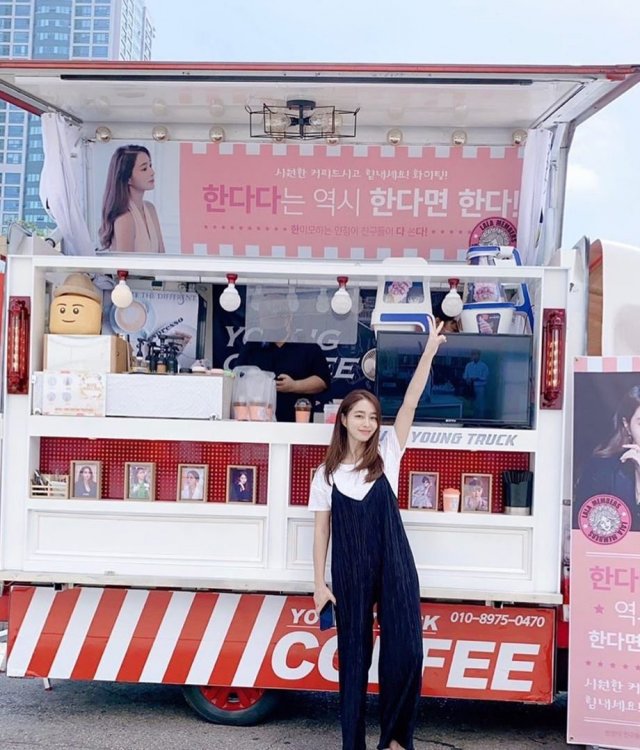 The ensemble weekend family drama has been a big hit for Lee Min-jung, who has often struggled with her career since marrying major actor Lee Byung-hun in 2013. The pair have a five year old son together. "Once Again" airs on KBS on Saturday and Sunday at 7:55 PM. Its most recent episode, eighty-eight of a planned one hundred, had ratings of 35.5%. 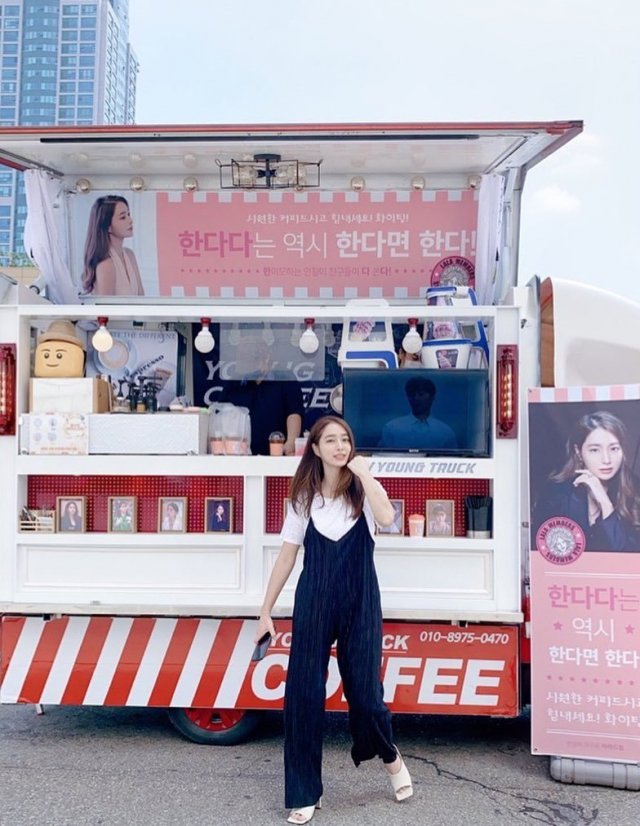